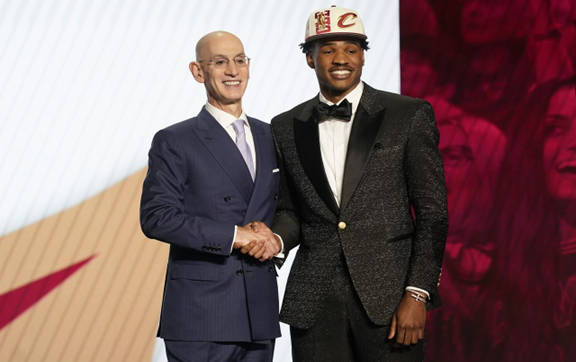 CLEVELAND – This past NBA season saw many teams fighting for playoff spots and the right to compete for a championship. Teams within the playoffs were also fighting to reach the top of the NBA mountain and hoist the Larry O’Brien trophy. Some teams may have been just one piece away from the ultimate goal of a championship. Others are looking for young talent through the draft and trades to help make a run for the playoffs. Throughout the first week of NBA free agency, there have been many big moves across the league. The Cleveland Cavaliers in particular, are a team that is looking to make a leap next season. Doing so would put them in prime position to make a deep playoff run.

On June 23rd, the Cleveland Cavaliers held the 14th pick in the NBA Draft. They had multiple solid options on the table and decided to select Ochai Agbaji out of Kansas. Agbaji comes in with a trait that is much needed for the young Cavs roster. That trait is winning. With his time in Kansas, Agbaji became an NCAA Champion, was voted BIG 12 Player of the Year, a consensus First-Team All-American, and was named the March Madness Most Outstanding Player. He brings great shooting ability that will stretch the floor for the Cavs while he is on the floor. Depending on what happens with Collin Sexton, Agbaji may see more playing time then you think at the start of the season.

Along with Agbaji, the Cavaliers added three more draft picks:

The Cavaliers are looking to solidify their roster this offseason to make a deep playoff run come next spring. They extended their All-Star point guard Darius Garland on a 5-year $193 million max contract. This solidifies Garland as the centerpiece of the young Cavs roster. They added a few more pieces to be solid role players off the bench. They signed veteran center Robin Lopez to a 1-year deal. Lopez brings solid inside scoring and offensive rebounding to table for the Cavaliers. Another signing was veteran point guard Raul Neto who also joined on a 1-year contract. Neto last played for the Washington Wizards and bring good facilitating to the team’s bench. The last signing, they have made so far is a familiar face to Cavs fans. Veteran point guard Ricky Rubio, who was involved in the Caris LeVert trade last season, agreed to a 3-year deal to return to Cleveland. Rubio gelled nicely with the young team last season before losing it to a torn ACL. Rubio should be set to return shortly after, if not before, next season starts. 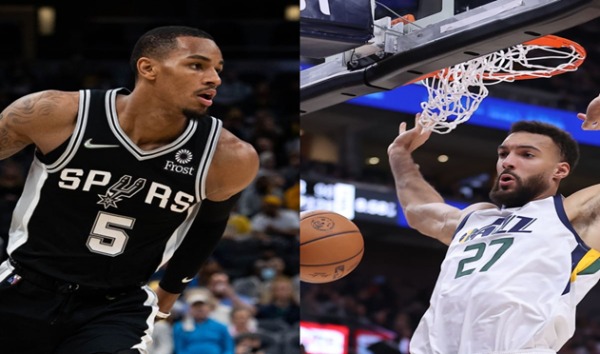 This offseason saw many star players have the opportunity to leave their team and find a new home. Here is a list of the big signings made around the league:

Zach Lavine returns to Chicago on a 5-year deal

Bradly Beal returns to Washington on a 5-year contract

Along with the multiple signings that were made throughout the league, there were also 2 major trades. The Atlanta Hawks made a deal with the San Antonio Spurs to acquire All-Star guard Dejounte Murray. The Hawks gave up Danilo Gallinari, 3 first-round picks, and a pick-swap to land Murray. The Hawks have teamed up perennial All-Star Trae Young with another guard who is beginning to become a household name in Murray.

The other major trade was one between the Utah Jazz and Minnesota Timberwolves. The Jazz traded away their All-Star center Rudy Gobert to the Minnesota Timberwolves. In return, Utah received Patrick Beverley, Jarred Vanderbilt, Malik Beasley, Leandro Bolmaro, Walker Kessler, and 4 first-round draft picks. Minnesota has now built a starting lineup that consists of 2 All-Star big men, a young budding superstar Anthony Edwards, and savvy veteran point guard D’Angelo Russell. This may be the missing piece Minnesota needs to make the next step for a deep playoff run.

With all the offseason signings and trades, with many more to still come, next year will be yet another exciting year in the NBA.