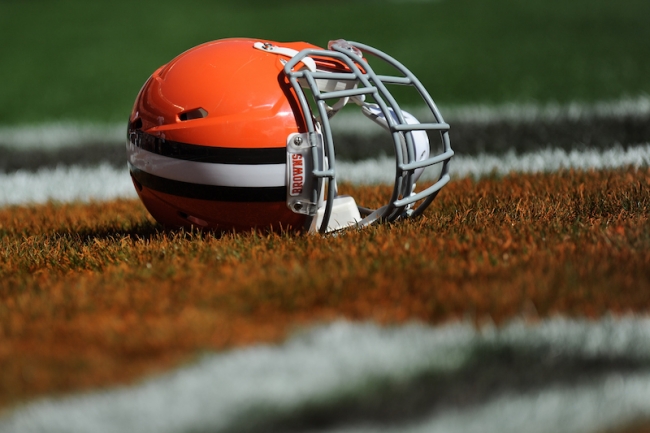 39. MILT MORIN, TE, 1966, 1/14, Massachusetts, 1966-75. Overcame a serious back problem to twice make first-team all-league and not miss a game in his last seven seasons. Big, strong blocker who averaged a remarkable — for his position — 15.5 yards on 271 career catches. Had 17 receptions for 230 yards and two touchdowns in seven playoff games.

37. DON COCKROFT, PK-P, 1967, 3/55, Adams State, 1968-80. Led the league in field goal percentage three times. Made 66 percent of his career attempts, a superb number for the era. First-team all-league once. His 1,080 career points ranked eighth all-time when he retired. The Browns’ punter for nine years.

36. MILT PLUM, QB, 1957, 2/17, Penn State, 1957-61. Led the league in completion percentage three times. Twice, he had the lowest interception percentage. It became cliche to say that Plum benefited from short passes to Jim Brown and Bobby Mitchell. Well, of course he did, but he was also adept at hitting receivers downfield. Made two Pro Bowl teams.

35. ALEX MACK, C, 2009, 1/21, 2009-15. Mack, a three-time Pro Bowler as a Brown, signed with the Falcons as a free agent in March. He started his first 85 games with the Browns until he was sidelined for the final 11 games of 2014 with a broken leg. Immediately, the Cleveland offense stumbled in his absence. Made a solid comeback last season.

33. JOHN WOOTEN, G, 1959, 5/53, Colorado, 1959-67. Never missed a game. Became a starter his third season and twice made first-team all-league. No team had faster guards to pull and get out on the sweep than did the Browns with Wooten and Hall of Famer Gene Hickerson.

31. CHIP BANKS, LB, 1982, 1/3, Southern California, 1982-86. Would be ranked higher, but had some personal issues, and the Browns traded him, along with the 24th and 53rd picks in the 1987 draft, to the San Diego Chargers for the fifth and 32nd picks. The Browns took linebacker Mike Junkin with the first of the two picks, and center Gregg Rakoczy with the second one. Junkin flopped, and Rakoczy became an average starter for a few years. Banks played in four Pro Bowls while a Brown, and was a first-team all-league pick three times. Had 11 quarterback sacks in 1985.

30. JACK GREGORY, DE, 1966, 9/139, Delta State, 1967-71, 1979. A superb pass rusher who made second-team all-pro twice. Gregory and backup cornerback Freddie Summers were traded to the Giants for first- and second-round picks in the 1973 draft. The Browns spent the first-rounder on wide receiver Steve Holden, who totaled 62 career catches, but got star running back Greg Pruitt with the second pick.

NFL Reveals the 3 Cleveland Browns Classic Games to be Uploaded on YouTube
Could Former Browns QB Johnny Manziel Find Work in the AFL?