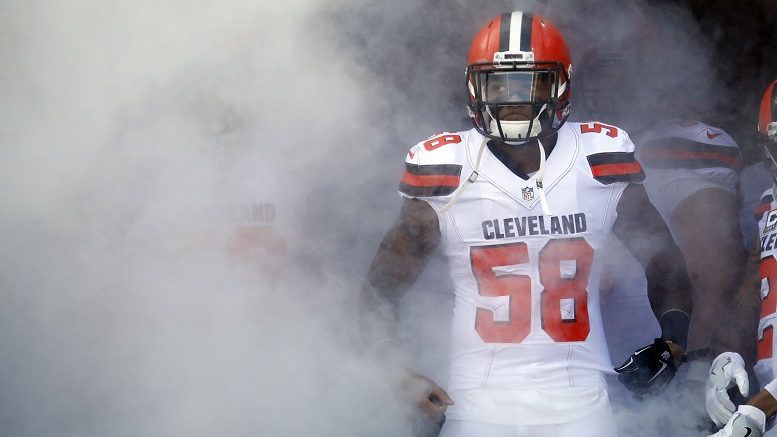 The injury bug has struck the Browns locker room. One day after it was revealed that tight end David Njoku could miss a month or more of action due to a wrist injury, another potentially serious injury could cost linebacker Christian Kirksey his season.

Speaking with the media on Thursday, head coach Freddie Kitchens made it known that Kirksey may need surgery for a chest injury suffered during Monday night’s win over the Jets.

“Christian, we’re trying to evaluate and see what the best course of action is,” Kitchens said. The Browns head man was curiously political responding to a follow-up question asking if Kirksey had a torn pectoral muscle, saying, “we’re talking to the doctors to see what the action is.”

With Kirksey ruled out for Browns Sunday night matchup with the Rams, it’s next man up, rookie Mack Wilson who will now start at SAM linebacker.

While Wilson boasts some great potential, losing Kirksey for the entire season would be a major blow to the Browns defense. Kirksey is one of the the most experienced members of the team and also a captain this year.

In the last two seasons, injuries have suddenly become an ominous pest to Kirksey’s career. Last year, a hamstring injury limited the 2014 third-round pick to just seven games. By reading between the lines it sounds like Kirksey will finish this season having played in just two games.