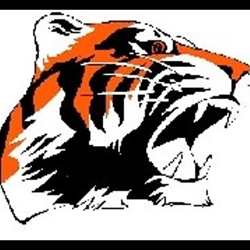 ROCKY RIVER-Ohio, The Chagrin Falls Girls Varsity Soccer team came into tonight’s match with a 5-0 record this season and set out to prove that they are no fluke. They did exactly that as they completely and thoroughly dominated the Rocky River Pirates with an impressive 3-0 shutout. Armed with a suffocating defense which led to multiple transition breakouts, they physically and methodically wore down the Pirates.

After a fast paced start to the match, with both teams seemingly working the ball into the attack zone with sharp passes the physicality of the Tigers seemed to start to take effect, then with 26:07 left in the first half star Midfielder Jr. Brooke Weitzel took a free kick from outside the box and it snuck in past River Goaltender Gabrielle Avila to give the Tigers a 1-0 lead. at the 23 minute mark Rocky River came back with a strong flurry when shots by Fr. Samantha Miller, who hit the left post off a corner kick, and Jr. Forward/Midfielder Olivia McDonald, who’s shot was deflected in the slot and turned away by the defense. Weitzel scored again at the 7 minute mark when she received a gorgeous pass from So. D Ally Dukas off a throw in. The first half ended with Chagrin Falls on top 2-0.

The Pirates came out with a little spunk to start the second half, but at the 36 minute mark So. Midfielder Tori Hallwachs shot an amazing bicycle kick in the 6 yard box off a perfectly executed corner kick from Tiger captain Sr. Forward Keely Malone, that shot deflected to the foot of So. Midfielder Brooke Weston who tucked it in the net. That goal put the Tigers in front 3-0 and took the wind right out of the crowd and the Pirates. Weitzel almost completed the hat trick at the 22 minute mark with a laser from the left wing that hit the post. The rest off the game saw the Tigers execute a smothering defense that River could not penetrate and ultimately wore down the Pirates.

Chagrin Falls travel to Geneva to battle the Eagles on 9/15 in a non-conference match for both schools. Rocky River hosts the Elyria Catholic Panthers on 9/14 in a GLC matchup.