Carrasco Back to Form; Indians Beat Up Royals 8-3 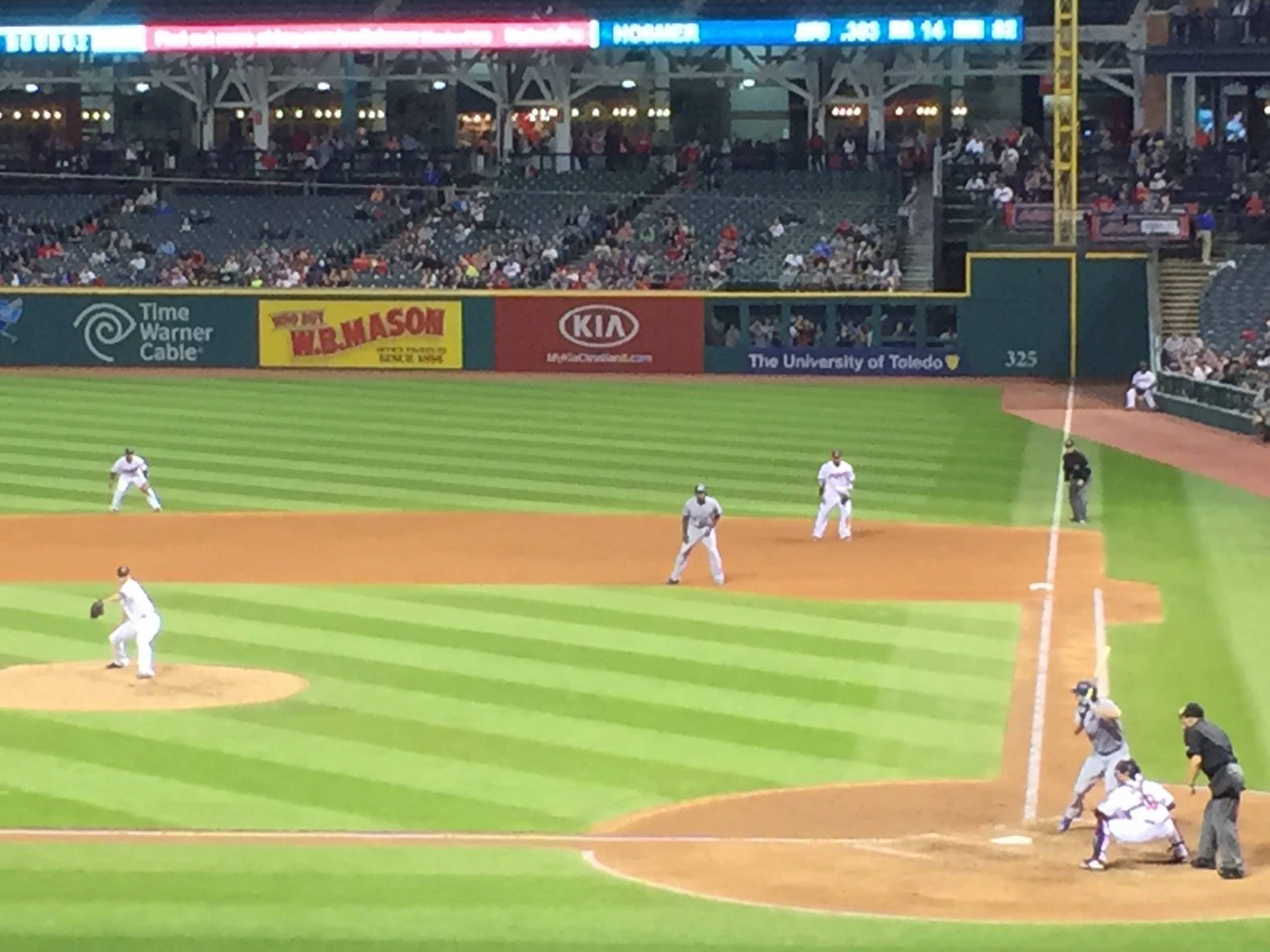 CLEVELAND – The last time Carlos Carrasco took the mound he was only able to muster 2.2 innings allowing four runs on four hits against the White Sox.

With a couple days to focus and get more away from his injury, the Indians righty was back to form on Monday night at Progressive Field, allowing a first inning homer but then settling in to shut down the Royals in a Tribe 8-3 win.

His last start was his first since a trip to the disabled list, and Monday night he looked a lot more like the pitcher that has been at times dominant in games for the Indians in 2015.

“It was different today, just the way that I feel today,” Carrasco said. “The way that I attacked today that’s the way I had been feeling from the beginning of the season till now, but my last start I didn’t feel that.”

The victory is the 13th of the season for Carrasco against 10 losses. He went six innings allowing a run on five hits with two walks and nine strikeouts. His ERA is now at 3.62 on the season.

“Once he established and got into the game, he started throwing one of the better breaking balls he’s had,” Indians manager Terry Francona said.

“With this team (Royals) as aggressive as they are with fastballs, he could throw it for a strike or a strike to ball, and that really played a part in his success tonight.”

The offense gave Carrasco plenty of help after he allowed a leadoff homer in the first to Royals left fielder Alex Gordon.

The Tribe nine struck for eight runs on 12 hits, with most of them coming off K.C. starter Edinson Vólquez. The last time Vólquez faced the Indians back on July 27th he went six innings allowing three runs on six hits with five walks and four strikeouts.

Monday night Jason Kipnis responded right away as he led off the Indians first with a solo homer to tie the game at one apiece. It was Kipnis’ 8th homer of the season and 47th run batted in.

The Indians offense struck again in the third as Lonnie Chisenhall (3-for-3 with 3 RBI) hit a double to right to give the Indians a 2-1 lead.

Gio Urshela extended the Tribe lead in the 4th with a solo HR on a 1-1 pitch to the bleachers in left center to make it a 3-1 game.

Volquez had allowed just 12 homers in 175.1 innings entering Monday’s game, but both Kipnis and Urshela went deep against him.

Chisenhall hit a sac fly in the 5th to make it 4-1, but then the Royals clawed their way back in the 7th.

They pushed two runs across against Zach McAllister, with a Gordon single off Bryan Shaw that was charged to McAlliser, and then a Ben Zobrist dribbler to third that got another run home to make it 4-3.

The Indians got the run back and more, as they scored three in their half of the 7th to put the game away. With runners on Chisenhall again came through with a single to right to score a run, and then Yan Gomes drove a double to the gap in right center to score two to close out the scoring at 8-3.

Kyle Crockett and Jeff Manship were able to close it out for the Indians to secure the win and push them back to .500 at 71-71 as they stay in the Wild Card race in the American League.

Carrasco has been limited after coming back from his stint on the DL, but it’s now two outings, and Francona seems to feel when he takes the mound in five days he will be able to go full strength as long as he’s throwing well.

“He’s into it enough we can let the game dictate it,” Francona said.