Captains in the Majors: Relievers 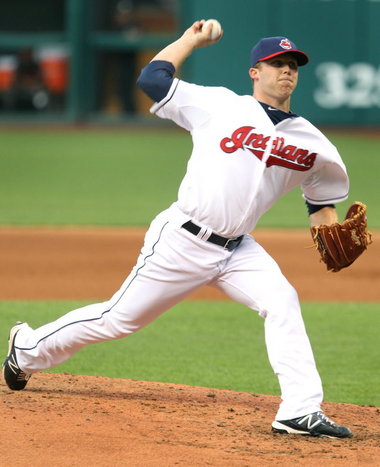 In 2003, the Columbus RedStixx, the Indians’ Low A minor league affiliate, moved to Eastlake, Ohio and became the Lake County Captains. Since then, more than 60 former Captains have reached the major leagues.  We’re taking a look at the top 5 position players, starters, and relievers that made a stop in Eastlake before making the major leagues. Finally, we have the list of relievers.

Perez went 7-6 as a starter for Lake County in 2004, but played his entire Major League career as a reliever for the Indians. He appeared in 338 games from 2006 – 2012 with Cleveland, earning a 21-12 record with a 3.64 ERA. After the 2012 season, he became a free agent and bounced around the minor league systems of the Twins, Red Sox, Rangers, Pirates, and Mariners through 2015 without ever making it back to the majors.

Mujica was another member of the Captains’ 2004 rotation with Perez, but also saw action as a reliever where he earned 2 saves.  He made his major league debut with Cleveland in 2006, and appeared in 53 games for the Tribe from 2006 – 2008. The Indians sent him to the Padres in 2009, and since then he has appeared in games for the Padres, Marlins, Cardinals, Red Sox, and A’s in his 10-season career. He was named to the 2013 All Star Game while with St. Louis, and is currently with Philadelphia’s AAA team.  He has a career 3.85 ERA with 50 saves in nearly 550 innings of work.

Gomez was on the Captains’ 2007 roster and spent three years with the Indians from 2010 – 2012. He struggled for the most part in Cleveland, going 14-16 with a 5.18 ERA. Gomez was traded to Pittsburgh in 2013, where he transitioned from the rotation to the bullpen. He signed as a free agent with the Phillies in 2015 and has grown into an elite closer for Philadelphia this season.  Gomez has an MLB-leading 18 saves and a 2.79 ERA for Philly so far in what could be an All Star season.

Tribe Wraps Up Homestand With Royal Sweep; Extends Win-Streak to 5 Straight
Indians Get First Four-Game Sweep of Royals in a Decade; Pound KC 7-0