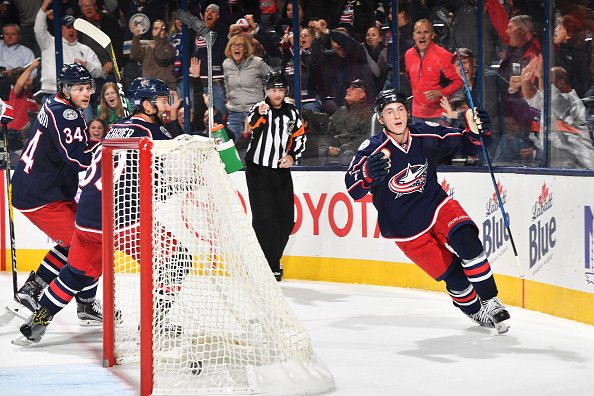 The Blue Jackets keep rolling, as they won their sixth-straight game at home, defeating the Washington Capitals 2-1 in OT.

The streak matches the franchise record and came courtesy of clutch goals from Zach Werenski and Cam Atkinson.

Washington came into play with the third-best record in the Metropolitan Division and led 1-0 after two periods of play, as Nicklas Backstrom scored his second goal of the season.

As he has done all season, the rookie, Werenski, stepped up to tie the game 13 minutes into the third period, scoring his fifth goal of the season.

The game went to OT and the home ice magic continued, as Atkinson ended it with a beautiful game-winner coming out of a face-off.

The Jackets improve to 8-4-2 and host the New York Rangers on Friday night.