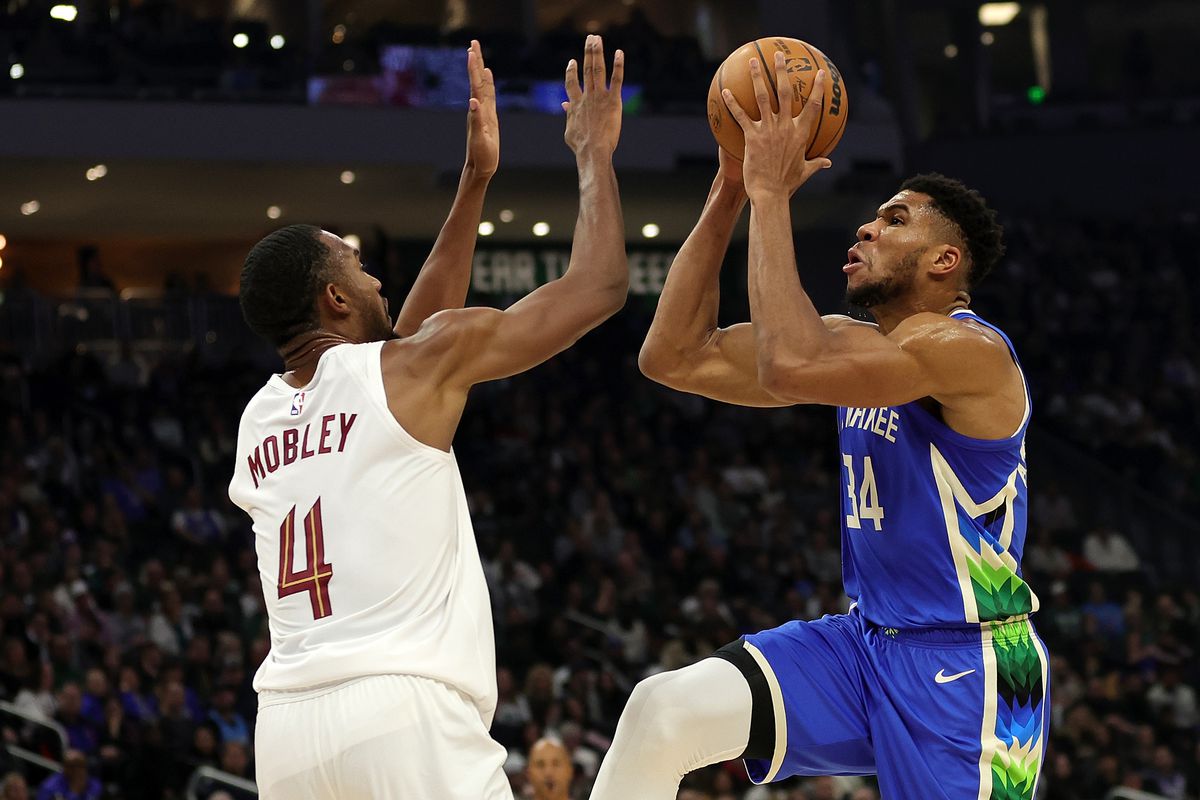 For a half, the Cavs dominated the Bucks. An eleven point lead at the break seemed perfect for this club. Come back in the 3rd, fight and maybe get a key early season victory. Ready to show the East they mean business!

Instead, the 3rd quarter was an abomination as the Bucks outscored Cleveland 35-10 on route to a 117-102 loss to Milwaukee. So the second best team in the East has beaten the Cavs twice in nine days. Milwaukee upped its record to 13-5 and washed their 1 win in the last three games from their memory. Cleveland’s four game winning streak, started when they LAST lost to the Bucks, was halted and once again, hopefully learned a valuable lesson that when you have a team down, you finish them off!

First Half-”It was the best of halves…”

“It was the best of halves…it was the worst of halves!” So, a shout out to a literary classic in the way we can describe this game, and my apologies to Charles Dickens!

Numbers at the break. #FearTheDeer pic.twitter.com/sfmKSOXS1I

The stats above point out how the Cavs stormed into Milwaukee after Thanksgiving to stake their claim as a top team in the East in the first two quarters.

The Cavs scored 30 then 33 in the first two quarters while the Bucks only managed 25 and 27, respectively. The Cavs started the game without the help of Caris LeVert, Kevin Love, and Lamar Stevens all due to injuries or illness. So the regular starters with Dean Wade back in the starting lineup proved a great move by the coaching staff.

And no worries, indeed. The Dynamic Duo of Mitchell and Garland went for 21 and 17 points each the first half. Cedi tossed in 6, while Giannis Antetokounmpo dunked his way for 22. He was the only Buck in double figures. Every Cavalier who saw action was a + in the plus/minus rankings!

Hustle plays like these helped the Cavs to their lead.

RoLo with an assist for a DG triple!

Second Half Bucks Domination-”It was the worst of halves…”

Last time they played, the Bucks torched the Cavs in the third outscoring them, 34-18. You think JB reminded the team of this? Welp, if he did, they were poor listeners. Last night’s 35-10 drubbing in the third stanza was worse! In fact the first bucket scored by Cleveland was a Donovan Mitchell layup…over 8 minutes into the frame! Brutal!

Here’s where the Bucks took the lead for good. Giannis for THREE!!!

At one time in the fourth, the Bucks were cruising and their lead was 22 points! Needless to say, the Cavs need to put this behind them…and quickly!

The Bucks also had contributions from Bobby Portis off the bench and Jevon Carter. Portis tossed in 14 and Carter hit for 18.

Some stats about how bad the 2nd half was:

All elite teams and players at one point went through what the @cavs are experiencing right now, and J.B. Bickerstaff believes his players will learn from this adversity and get better.#LetEmKnow pic.twitter.com/ghrFUUXlrg

Donovan Mitchell credits the Bucks for taking their game to another level and playing playoff basketball in the second half, while also acknowledging that he and Darius Garland need to be better facilitators for the offense.#LetEmKnow | @SerenaWinters pic.twitter.com/ZP812R2lkr

Jarrett Allen was injured in the first half and tried to continued but went to the locker room in the second half. He did not return.

“He’s sore. He wasn’t able to go. He gave it a try coming out but wasn’t able to go,” Bickerstaff said of Allen. “He fell early, landed on it. If Jarrett can go, he plays. It had to pretty bad for him to not go.”

The Cavs travel to Detroit for another battle with the Pistons at 6PM Sunday night. Tickets are always available from SeatGeek!

Then a quick flight to Toronto for a big Monday night battle. Hope the Cavs learned about the 3rd quarter!