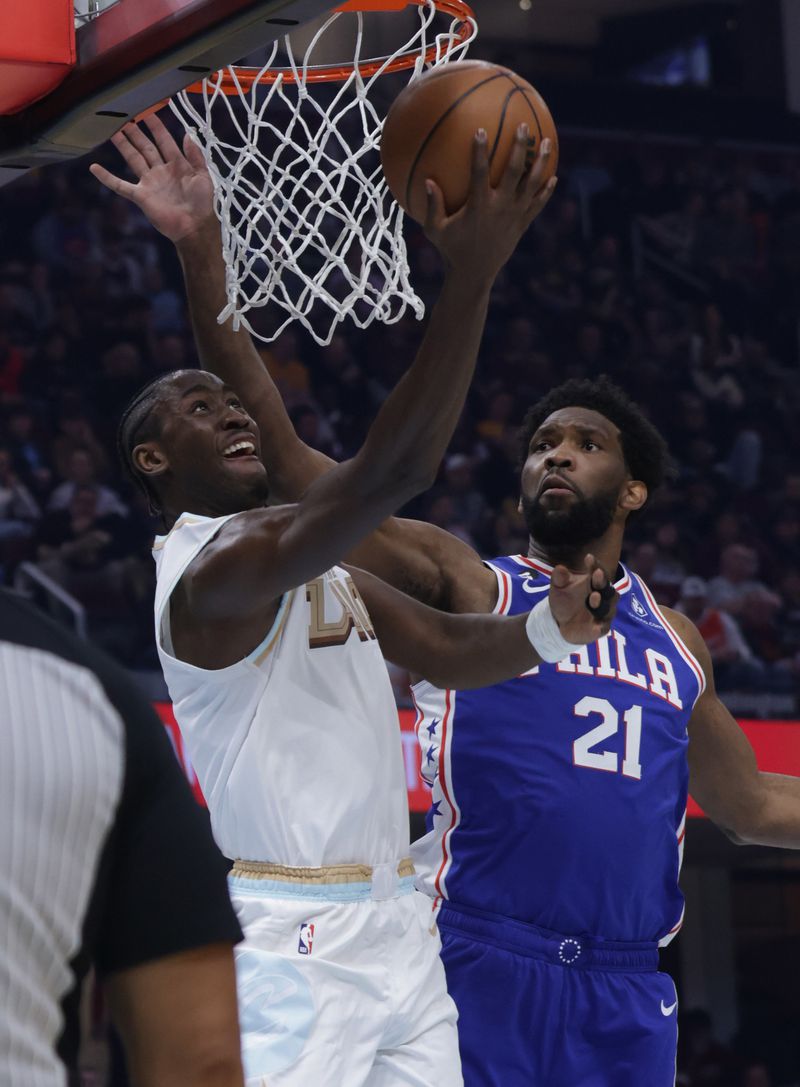 CLEVELAND: The Cavaliers (13-8) faced off against Joel Embiid and the Philadelphia 76ers (12-9) at Rocket Mortgage Fieldhouse. After a dominant performance from start to finish, the Cavs got everybody involved as they cruised past the Sixers and improve to 14-8 on the season. Caris LeVert was the high scorer with 22 points. The Cavs, for once, dominate from the get go.

The Cavs starting lineup featured Darius Garland, Donovan Mitchell, Dean Wade, Mamadi Diakite, and Evan Mobley. Diakite, signed to a two-way contract with the G-League Cleveland Charge, drew his first start of the season with Jarrett Allen (back) missing his third game in a row. The Cavs were short handed once again with Kevin Love (thumb) and Lamar Stevens (illness) also listed out.

The Cavs came out aggressive on both sides of the floor in the opening quarter. Despite going down 9-2 early on, Diakite sank a triple that sparked a 14-0 run by the Cavs.

The Cavs shot 44% in the first quarter, a big improvement from their last couple games where they struggled from the field. On the defensive end, the Cavs’ 4th ranked defense was forcing turnovers and capitalizing on them. 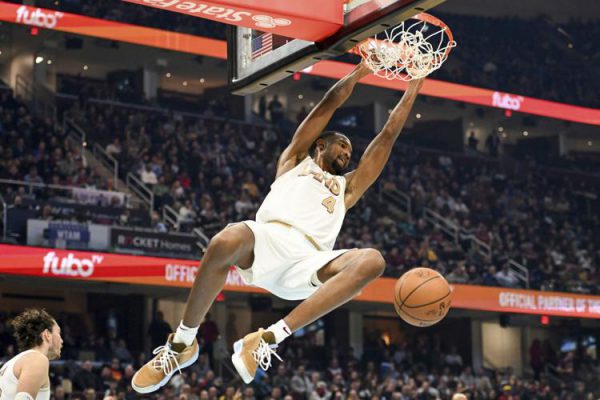 The Cavs stayed red hot on offense in the second quarter, shooting a staggering 16/17 (94%!) from the field. The Cavs bench was extremely effective, getting Caris LeVert, Cedi Osman, and even Isaac Okoro involved. Check out this monster putback dunk by Okoro:

The Cavs shot 73% from the field in the first half and outscored the Sixers 44-27 in the second quarter alone. The defense was able to contain Joel Embiid, limiting him to just 10 points in the first half.

full showcase from Mobley in that half. hitting jumpers, bringing the ball up, cutting/popping open for dunks and bothering Embiid with his length on the other end. tantalizing

Mobley was instrumental on both ends of the floor, and led with a game-high 16 points at the half. The Cavs ended the quarter just as strong as they began, leading 69-48.

The Cavs opened the second half on a 9-0 run with back-to-back-to-back triples from Garland and Mitchell. Mitchell flashed his elite passing ability with this over-the-head dish to Garland:

The Cavs kept up the physicality which is crucial against this Sixers team, and were aggressive in rebounding and contesting shots. They led by as much as 32 points in the third quarter, but the Sixers were able to cut the lead down to 24. With one quarter left to go, the Cavs led 90-66.

Closing out games has been a challenge for this Cavs team, but tonight they were able to maintain their lead all the way to the end. They kept finding open looks and moving the ball extremely well in the final quarter, including this beautiful transition pass from Garland to Okoro:

HAVIN' FUN WITH IT.

The Cavs were a well-oiled machine from start to finish, and their bench showed up big time. Caris LeVert had an exceptional game as he was the Cavs’ high scorer with 22 points. With no Jarrett Allen and no Kevin Love, the Cavs defeated the Sixers with a final score of 113-85. If they can keep up the intensity on defense and consistently knock down their shots, this Cavs team can compete with anyone.

The Cavs will remain at home as they take on the Orlando Magic on Friday, December 2nd. Tip-off is at 7:30 PM, and tickets can be purchased through SeatGeek.