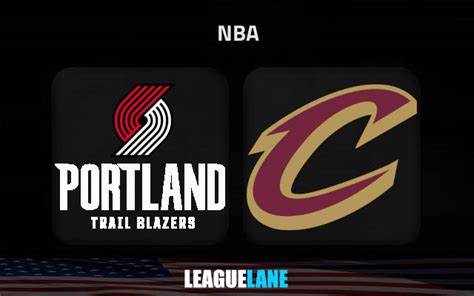 CLEVELAND: The Cavaliers (11-6) continued their homestand as they hosted the Portland Trail Blazers (10-7). The Blazers have been a surprisingly good team despite All-Star guard Damian Lillard missing six games this season. Lillard remained out for the game (calf), giving the Cavs the upper hand as they notched their fourth straight win and blazed Portland to improve to 12-6.

Darius Garland, Donovan Mitchell, Lamar Stevens, Evan Mobley, and Jarrett Allen made up the Cavs’ starting five. Stevens drew his sixth start of the season in the absence of Dean Wade (knee). While Wade was made available just hours before tipoff, he will come off the bench on a minutes restriction.

#Cavs Dean Wade WILL PLAY tonight against Portland, sources tell @clevelanddotcom. He will come off the bench and be on a minute restriction after five games missed with knee soreness, sources say.

First Quarter-Out of the gate Blazing

With the Blazers being a traditionally small-ball team, the Cavs got their big men involved right away. Jarrett Allen attacked the paint both offensively and defensively, racking up a quick 10 points in the first quarter. The Cavs’ passing game was also on full display in the first, with Garland dishing out six of the team’s eight assists in the first quarter. Check out the impressive ball movement on this play ending with a Cedi Osman corner three: 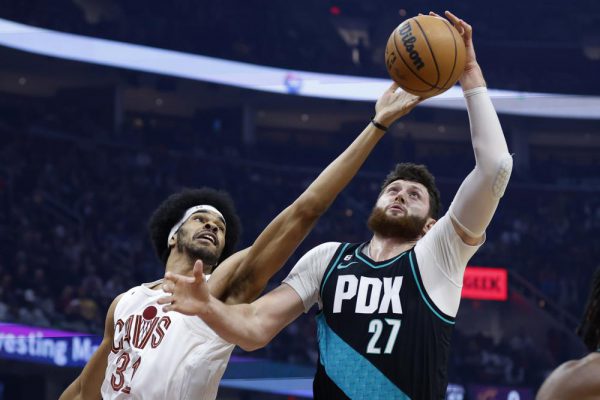 The Cavs’ defense came out hungry in the second quarter, forcing turnovers and contesting shots. The offense began to gel as they started off the second quarter going 6/6 from the field, with Garland hitting back-to-back triples. The Cavs led by as much as 16, but the Blazers cut it down to 6 with over one minute to go in the half. Donovan Mitchell then came up clutch with a 4-point play, getting the foul off a triple and sinking the free throw. Just before the buzzer, Allen made a tip shot that put the Cavs up 57-48 at the half.

Jarrett Allen tips in the ball to beat the buzzer! 🚨#LetEmKnow pic.twitter.com/aTv2VFLRzy

The Cavs continued to dominate the paint to start the third quarter. Evan Mobley sank a pair of free throws followed by an alley-oop dunk off a dish from Garland, then hit a short jumper. Mitchell was on the aggressive as he drove right down the lane for two easy layups. The Cavs’ defense stayed solid as the Blazers were struggling to make shots. With one quarter left to go, the Cavs’ lead was up to twelve, leading 87-75.

#Cavs head into the fourth quarter with an 87-75 lead.

Jarrett Allen has a double-double with 20 points and 11 rebounds. Donovan Mitchell is up to 28 points, while Darius Garland has 16 points and 9 assists.

One of the most prominent issues with this Cavs team is their ability to close out games. During the 5-game skid, the fourth quarter has been their Achilles Heel. However, the Cavs have responded since then and have done a much better job building and maintaining their leads. The Cavs built up a 20-point lead in the fourth, but the Blazers showed signs of life and cut it down to nine. Refusing to take their foot off the gas, the Cavs went on a 14-3 run to close out the game and win 114-96. 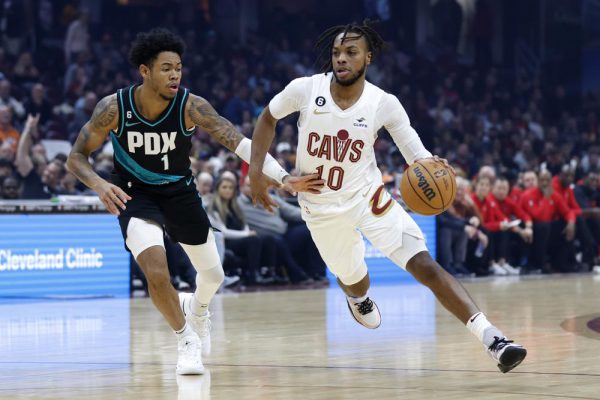 Jarrett Allen’s season-high 24 points to go along with a double-double awarded him the Cavs’ Junkyard Dog chain, signifying the Cavs’ impact player of the game. “[The fans] give us the energy to come out there to play defense and play our hearts out,” said Allen when asked about how the home crowd impacts the team’s performance.

The Cavs will begin a 4-game road trip as they travel to Milwaukee to take on Giannis and the Bucks on Friday, November 25th. Tip-off is at 8:00 PM, and tickets can be purchased through SeatGeek.