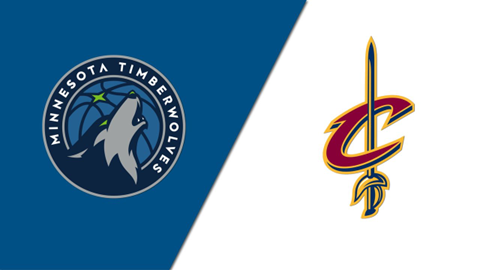 The Cavs traveled back home to take on the Minnesota Timberwolves on Sunday night. They ended their West-Coast Road trip with 3 straight losses. The Cavs were struggling to close out games against the Clippers, Kings, and Warriors. The Cavs would be without superstar guard Donovan Mitchell, and All-Star Center Jarrett Allen. Meanwhile, the Timberwolves had lost 6 of their last 7 games, including 3 straight. Both teams were looking to get back on track heading into their matchup.

Russel and Timberwolves Dominate First Half

Coming into the game, Minnesota ranked 23rd in the NBA in offense. Early in the game, they went against that ranking. In the first quarter, the Timberwolves outscored the Cavs 40-20. Minnesota included a 10-0 run that got them started offensively. The run was led by D’Angelo Russel who finished the first quarter with 15 points and 4 assists. The second quarter had a balanced scoring attack from both teams. The Cavs outscored the Timberwolves by just 3 points despite having a 16-5 run. At the half, the Timberwolves were shooting 60% from the field going 25-42. They also knocked down 9 3-pointers in the half. Darius Garland may have been the only bright spot in the first half for the Cavs. Garland finished the first half with 19 points. Heading into the break, the Timberwolves led 67-50 over the Cavaliers.

Entering the 3rd quarter down by 20, the Cavs had a lot to do if they wanted a chance to win. Through the first half of the quarter, both teams were trading baskets and it looked like Minnesota was going to come away with an easy win in Cleveland. With 6:25 left to play in the game, the Cavs trailed by 18 points. The last 6:25 became hectic. 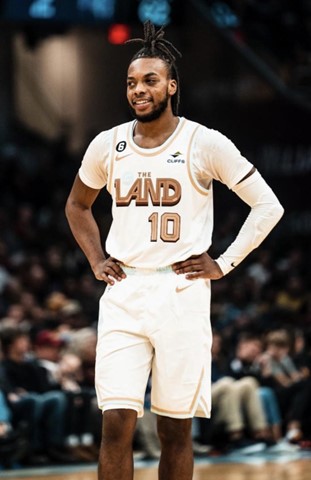 In the absence of Donovan Mitchell, Darius Garland had to take on the scoring load for the Cavs. Heading into the fourth quarter he had already had a solid night with 24 points. He was not done though. With the Cavs down by 18 in the 4th, he took over the game. He led Cleveland to what the fans call a “Cavalanche.” Garland put up 27 points in the 4th quarter to lead the Cavaliers. He ended with a career-high in both points and 3-pointers made. Despite finishing the game with a 129-124 loss, Garland dropped 51 points and 10 3-pointers on 52% shooting.

On Wednesday night, the Cleveland Cavaliers will take on the 10-2 Milwaukee Bucks in Milwaukee. The Bucks are currently 7-0 at home and the #1 seed in the Eastern Conference. Milwaukee is led by former MVP forward Giannis Antetokounmpo. The Cavs hope to have Donovan Mitchell and Jarrett Allen back and get back on the winning track. The game will tip off at 8PM EST on Bally Sports Ohio.