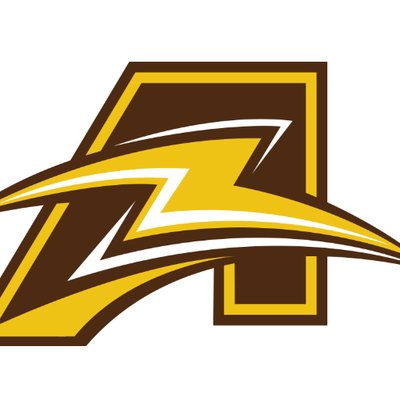 Lyndhurst, OHIO- Four Brush players scored in double digits to keep the Arcs unbeaten on the season. Tuesday night, the Brush Arcs controlled the game on both sides of the ball, ultimately taking down St. Edward 81-74.

Heading into Tuesday night’s game, Brush won their first four games by an average of 33 points. In order to come out with the win, head coach Chet Mason knew his team must stay poised and under control. The Arcs did just that, staying in front of the Eagles for nearly the whole game.

“These guys took on that mentality like, ‘we want to win,'” he said. “That’s what you get when you get a special team.”

Andre Harris– a Wright State commit– finished the game with a team-high 25 points during the win. Senior guard D.J. Dial poured in 24 points while John Hugley and Corey Floyd Jr. had 16 and 11 points respectively. Brush would control the momentum early on in the game. After the first quarter, the Arc lead stood at five, 18-13.

St. Edward would stay close the entire second quarter as the Arc lead wouldn’t get higher than six points. With the physicality on both sides of the ball, what stood out the most was Andre Harris taking three charges, something that gave Brush the edge in the first half.

“That’s showing growth,” D.J. Dial said about Harris. “He’s willing to sacrifice his body for this team and that’s what it’s going to take.”

St. Edward would remain even with the Arcs throughout the third quarter. As the final minute was winding down, the Eagles got within three points of the Arcs. When the third quarter buzzer went off, Brush held just a two-point lead with one quarter left to play.

Dial and Harris mostly controlled the fourth quarter, with freshman Elmore James knocking down free throws down the stretch to ultimately seal the deal for the Arcs. The aggressive Brush team consistently found themselves getting to the basket, something St. Edward head coach Eric Flannery pointed out following the loss.

The free throws attempted for the Arcs was a product of getting to the basket. In fact, the team made 24 of 27 free throws on the night compared to St. Edward knocking down just six of 11. A point of emphasis for coach Mason after every practice is free throw shooting and that showed during the win as they put the game away in the closing minute knocking down their foul shots.

For St. Edward, the loss drops them to a 3-2 record, registering their second-straight loss. Coach Flannery knew coming into the game that it would take a full team effort, especially late down the stretch, to come out with a win. He explained the main things that held them down all night was the inability to shoot the ball well and playing good enough defense.

Senior guard Demetrius Terry led the way for the Eagles, scoring 19 points. Junior Grant Huffman and Devontae Blanton followed up with 17 and 14 points respectively for St. Edward. The loss for coach Flannery serves as a learning experience as they now get ready to play in a holiday tournament starting on Dec. 27 in Myrtle Beach, S.C. following their second loss in four days.

“We played in a great atmosphere in a close game and we could have quit at any time,” he said. “We kept fighting back but give them credit, they were making their free throws and they made some big shots.”