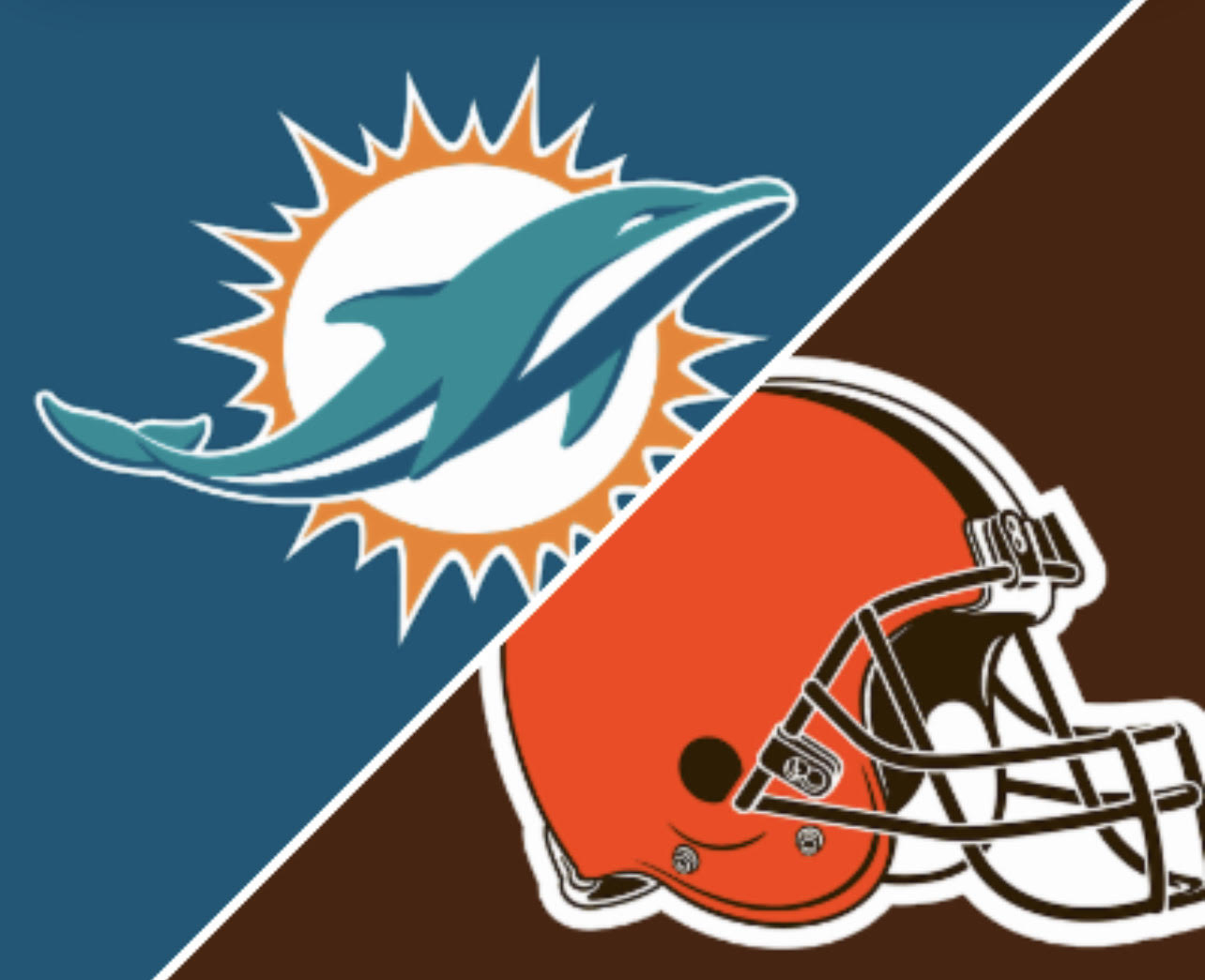 And just like that, we’re back. The second half of the season starts now. The 3-5 Browns, coming off the best performance for the entire team on Halloween night, look to start the second half with a win.

The Dolphins boast one of the league’s best passing offenses. The Browns will have their hands full with the Tyreke Hill/Jaylen Waddle combination. Hill is leading the NFL with 961 receiving yards and Waddle is fourth with 737. The 1688 yards combined are the most by any two teammates in the Super Bowl era. The pure speed both receivers have, has caused problems for opposing defenses all year. And yet… one of the Browns major strengths coming into the season is the secondary.

You won’t be able to completely shut this Dolphins offense down. But if you can slow them down… the Browns should get a major boost from Denzel Ward returning from concussion protocols. The All Pro is one of the best corners in the NFL and his presence would be a huge boost. Greg Newsome and rookie Martin Emerson have filled in and played extremely well. Greedy Williams and AJ Green are going to provide depth.

What I’m trying to say here is… this is an ‘this is an all-hands-on deck” type of game for the secondary. We need our secondary from the top down to play well. We can’t have late game miscommunications, and mid game breakdowns. If the secondary can do their jobs, it will make the front seven’s job a lot easier.

Deion Jones, Jeremiah Owusu-Koramoah and Sione Takitaki will be key here as well. The linebackers played well in the win over Cincy and will need to continue playing well in the second half. Jones, who came over in a trade, has provided the veteran leadership that has been missing since Anthony Walker was lost for the season. Jones showed the value of having a veteran who knows the game and what everyone needs to be doing. If the defense can play near the level they played last time out, then this is a winnable game.

The offense is beginning to make me believe they are simply good. The Browns boast a top ten offense, behind the strong play of RB Nick Chubb. Chubb is making a case as the best back in the league and the Browns are rightfully riding him. As he gets going, it opens up the passing lanes for the Jacoby Brissett to Amari Cooper/ Donovan Peoples-Jones connections. David Njoku, who has been out with a high ankle sprain, is questionable. That would be another weapon for a Browns offense that has surprised many around the league. The Browns have quietly been really consistent on offense and even the record doesn’t show it now, have a wonderful chance to make the playoffs and be VERY dangerous.

The road to the playoffs starts now. We can’t keep losing to AFC teams. The earlier losses to the Jets, Patriots, Chargers, outside of the division loss to Baltimore put the playoff positioning at risk. Fortunately, the Browns can still win the division. Miami isn’t a division opponent, but they are in the AFC, and we need to win this game.

Ironically, coach Kevin Stefanski is 2-0 coming off the bye week. This week’s game is another high pressure, almost “must win” game. The Browns have had a few of these types of games. They have been up and down in them. But after the Monday night win against the Bengals, hopefully the Browns have found their mojo and the second half kick is underway!