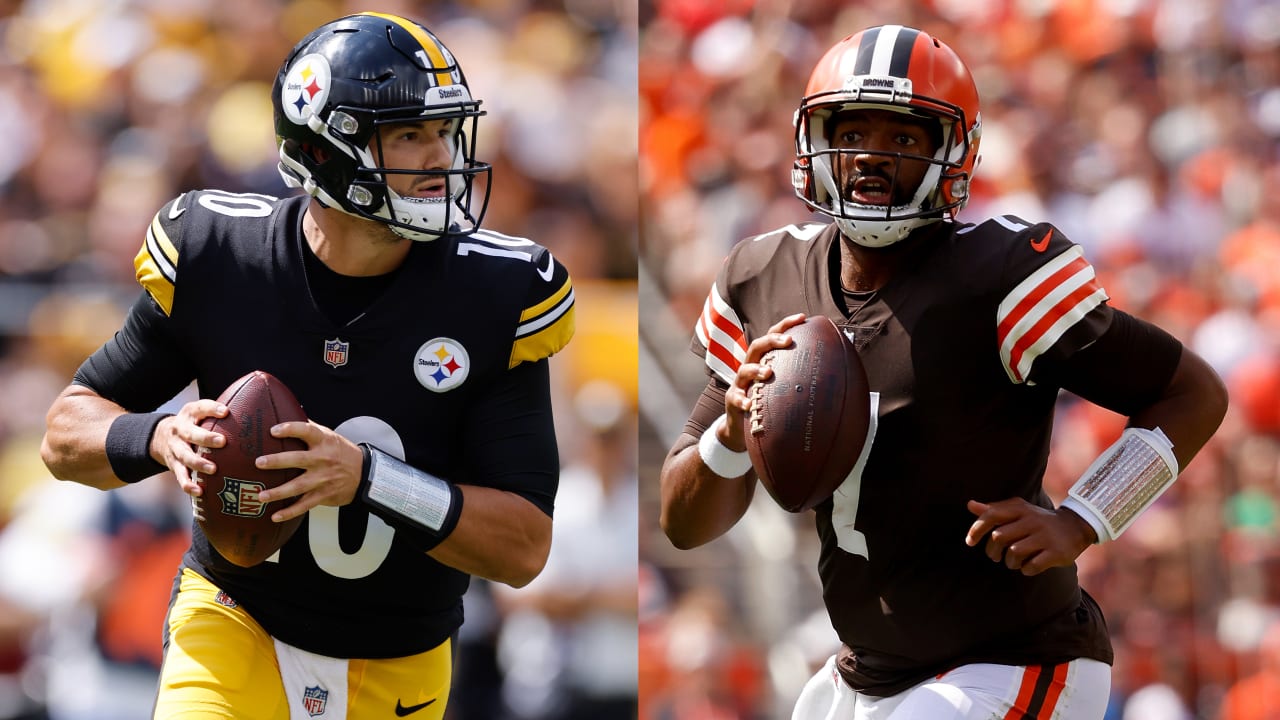 There is nothing better than division rivalry games, especially when your team is on the winning end. The Browns beat the Steelers 29-17 on Thursday night to pick up their first divisional win of the season. Jacoby Brissett looked comfortable once again, David Njoku had himself his best game in almost a year, Nick Chubb and Kareem Hunt are arguably the best 1-2 combo in the league, and the winds were whipping off Lake Erie to give fans a traditional Cleveland atmosphere. Let’s dive in.

Both teams were slow to get their offenses moving for most of the first quarter. A couple of punts back and forth took the game into minute nine before we saw the first scoring attempt of the game. The Steelers were able to move the ball down to Cleveland’s 32-yard line. Thus, setting up for a 49-yard field goal. Chris Boswell set up for the attempt. However, the wind was too much and took the ball roughly 1 yard wide right. No good.

The Browns took over from their own 41-yard line and got to work. A few plays into the drive, faced with a 4th & 1 at their 49, Jacoby Brissett took the ball for 3 yards. This kept the drive alive and cross over into Steelers territory for the first time in the game. Nick Chubb took over on the next play. He exploded for a 36-yard carry down to the Pittsburgh 12. Jacoby wasted little time getting into the end zone and two plays later. He found Amari Cooper open for 11 yards and the touchdown. 7-0 Browns.

The Steelers received the kickoff with 2:53 left in the first quarter. Then constructed a drive that brought them down inside the red zone. After a 36-yard one-handed highlight catch from rookie receiver George Pickens. Two plays later brought the first quarter to a close. With the Steelers at the Browns 5-yard line. Najee Harris took the first handoff to begin the second quarter. Harris stiff armed himself into the end zone for a quick 6 points. Tie Ball Game 7-7.

The Browns next possession saw the importance of spreading the ball around. David Njoku reintroduced himself to the NFL fan base by hauling in 3 passes for 26 yards and a touchdown. While Amari Cooper pulled in 2 catches for 24 yards. Including an 18-yard catch to put the Browns in the red zone. Njoku and Cooper were instrumental in setting the Browns up for a score to take the lead.

The wind came into play here again as kicker Cade York missed the extra point. 13-7 Browns. The Steelers took up most of the second quarter. QB Mitchell Trubisky finished it off with a 1-yard touchdown run. This put Pittsburgh up 14-13 Steelers heading into halftime.

The Browns were first to strike in the second half. A 14 play 70-yard drive ended with a 34-yard Cade York field goal kick to put the Browns back on top 16-14 Browns. The Browns received the ball back late in the third quarter after a stalled Steelers drive.

The next few plays saw carries by Chubb and Hunt for a combined 42 yards, and a 32-yard grab by Cooper set the Browns up at the 1-yard line for a Nick Chubb touchdown on a drive that started in the third quarter and concluded six minutes into the fourth. 23-14 Browns.

The next 4 possessions saw both teams trade back and forth punts to each other before Pittsburgh began moving the ball again with roughly 3:13 seconds left in the fourth quarter. Trubisky was able to find his tight end, Freiermuth, for the first time of the night for a pair of passes for 26 and 15 yards. The Steelers took the ball down to the Browns 21-yard line to enter the 2-minute warning. The drive was stopped short of a touchdown and was settled for a Boswell field goal good from 34 yards. 23-17 Browns.

The Browns final drive of the night fell short and were forced to punt the ball back to the Steelers with 15 seconds remaining in the game. Pittsburgh took over at their own 4 after receiving the punt. Trubisky took over and tossed a short pass to Diontae Johnson for 8 yards. In hopes of keeping the drive alive Johnson lateraled to Chase Claypool who immediately lateraled to Najee Harris, who fumbled the ball at Pittsburgh’s 2-yard line. Denzel Ward scooped the ball up and recovered it in the end zone for a Browns touchdown to end the game. Final 29-17 Browns

David Njoku – The 6th year tight end had himself a game on Thursday night. He finished with a career high in receptions and recorded his second most receiving yards to date. History tells us that Njoku won’t always put up these kinds of numbers, but solid continued production would be a breath of fresh air to the offense and another weapon for Jacoby Brissett to utilize this season.

Jacoby Brissett – The Browns QB looked quite comfortable out there against the Steelers. He finished the game with 220 yards and 2 TD, including a 4th & 1 run in the first quarter to keep the drive alive and set up the Browns first points of the night. The connection between Amari Cooper is becoming one of the best in the NFL. Cooper finished the night with 7 receptions, 101 yards and 1 touchdown. He is the first Browns WR since Josh Gordon in 2013 to have back-to-back games with 100 yards and 1 receiving touchdown.

Nick Chubb – Is there a back better in the NFL than Chubb? After last night’s performance of 113 yards and a touchdown, he is currently on track to finish the season with over 1,900 yards and 23 touchdowns, both which would be Browns single season records. He quietly passed Kevin Mack for the 5th most rushing yards in Browns history on Thursday and is seven touchdowns away from moving into 3rd amongst all Browns running backs. One simple piece of advice for the Browns organization: keep feeding Nick Chubb the ball.