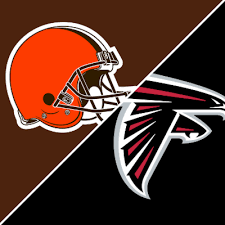 Moving into week 4 the Cleveland Browns look to take a win over the Atlanta Falcons on the road. Coming off a good team-wide week 3 performance, we can only be optimistic about this game. even though the defensive front is plagued with injuries.

The Falcons are a team in rebuild mode currently with Marcus Mariota at the QB spot. Mariota has played pretty well this season. However, the strength of this Falcons’ team has been their run game. Former WR turned RB Cordarrelle Patterson is currently 3rd in the league in rushing yards. With the possible absence of 3 of the 4 defensive line starters, he may have a big day. On the other hand, their run game can’t succeed without a passing game and our secondary is coming off a stellar performance.

If Myles Garrett, Jadeveon Clowney, and are sidelined for this game we can see more blitzing plays. Thus, in an attempt to make Mariota uncomfortable in the pocket. Taven Bryan has been ruled out for week 4.

On the offensive side of the ball, we should be able to see Amari Cooper put up some big numbers. As well as possibly Donovan Peoples-Jones. The Falcons’ defense is ranks low in passing and rushing. This Browns should look to exploit that.

Expect to see a lot of Nick Chubb and Kareem Hunt this week as well. This offense has been getting creative with its play calling recently and we may see some more trick plays for big gains. Such as we did last week with the flea flicker screen pass. Jacoby Brissett is another player whose productivity will decide the outcome of the game. If he can keep playing like a field general and putting up the stats necessary to win, the Browns should take this game on the road.