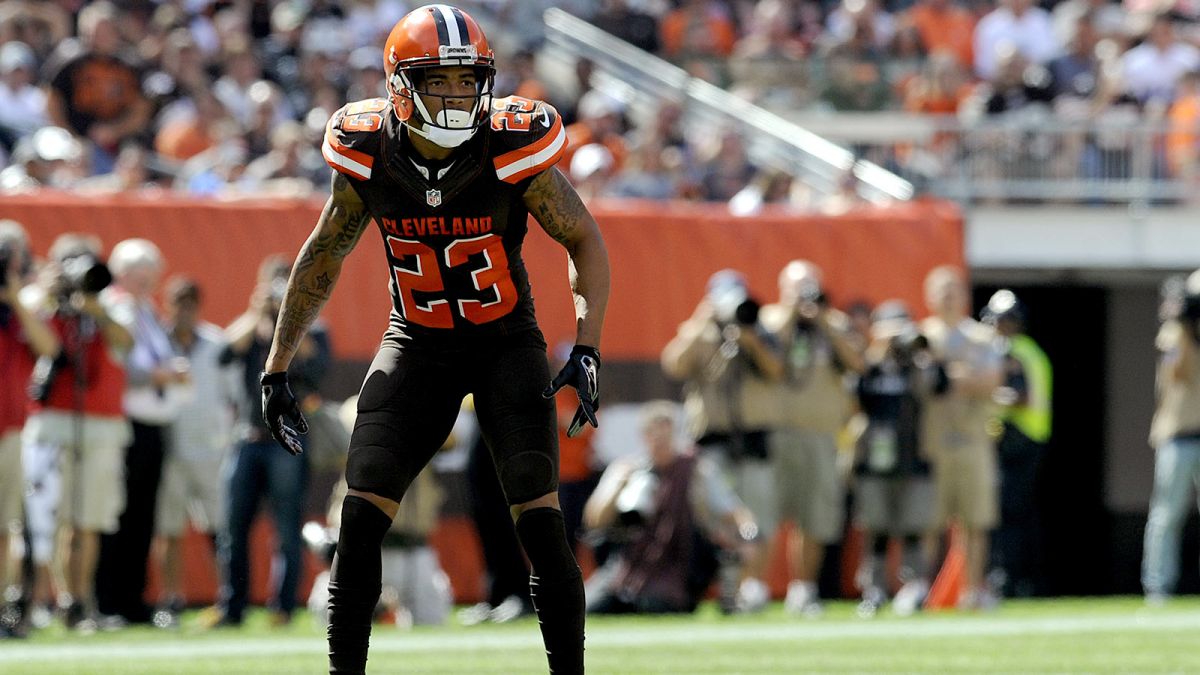 24 hours ago word broke that the Browns were looking for a trading partner for former Pro Bowl cornerback Joe Haden.

Today, they decided the search was one that was not going to produce any positive results, and instead cut the former first-round pick.

“We want to thank Joe for all he has done for this organization both on and off the field,” said Browns Executive Vice President of Football Operations Sashi Brown in a statement.

“He has been a great teammate and a true asset to the Cleveland community. These are very difficult decisions, we have the utmost respect for Joe and in my eyes, he will always be a Cleveland Brown.”

Haden had struggled the last two seasons with injuries and not playing at the same level he did from the years he was a very good NFL shutdown corner.

“Joe gave everything he had for the Cleveland Browns and that’s all you can ask for as a coach,” said Browns Head Coach Hue Jackson said in the team’s statement. “He was a leader on and off the field. I wish him all the best as he continues his career.”

Last season in 13 games he had 48 tackles, 11 passes defensed and tied for the team-lead with three interceptions.

Joe Haden's agent Drew Rosenhaus on his client: "Tons of interest in him. He will have a new deal with another team by tomorrow afternoon."