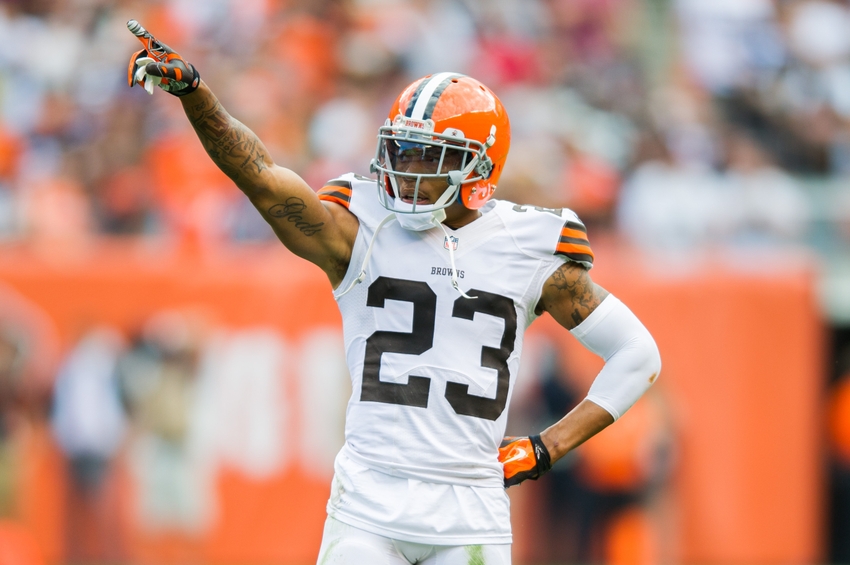 It looks as if the Browns are in the process of chatting with teams about moving one of their biggest veteran names, as popular cornerback Joe Haden is reportedly on the block.

Hearing from multiple teams that the Browns are aggressively trying to trade CB Joe Haden. Very motivated to move his contract

Haden was the Browns first-round pick back in 2010, the 7th overall pick, and has been one of the faces of the franchise ever since, on and off the field.

He’s due to make $11.1 million this season, and with the defense getting younger, it’s apparent the Browns are looking to save the money he’s due to make.

The cornerback is coming off two groin surgeries, and struggled last season with three picks. He had multiple injuries two seasons ago, and played in just five games.

It’s not the first time Haden’s name has come up in trade rumors under the new Browns regime, as last October it was reported the Browns had him on the block.

He spoke on the eve of camp, and was pumped about the overall outlook of the Browns.

“I’m super excited about [this season], especially for me my last two years not being as healthy as I wanted to be,” Haden said.