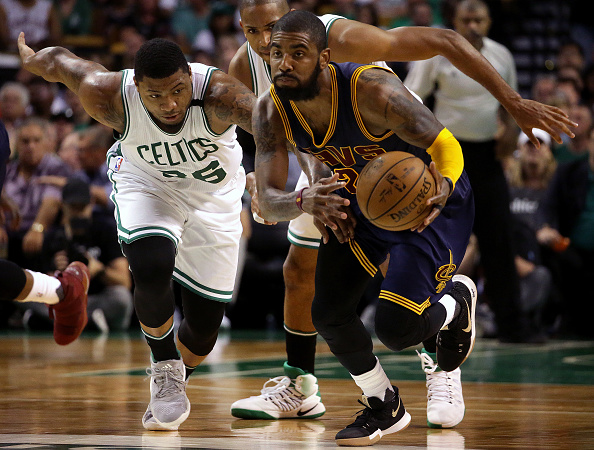 You asked us questions about the trade via Twitter, and the topics ranged from Thomas’ hip, to whether the Cavs will keep the draft pick.

Before I break it down one question at a time, I will say this: I don’t think there was a loser in this trade, and while the trade itself is still in flux, (see the first question below for more on that) I would give new general manager Koby Altman an “A” grade in this deal for making this team deeper in the present, while preparing for the future at the same time.

And off we go, with your first question.

IS THERE any continued trade?

Ooof. News broke late Friday night that the Cavs are “weighing options” when it comes to the trade, as there are still concerns about Isaiah Thomas’ hip injury. If you need a refresher, Thomas injured his hip in March and re-aggravated the injury in the Eastern Conference Finals against the Cavs. Questions about Thomas’ hip were by far the most common ones you asked us.

As of right now, the Cavs have not voided the trade, because officials have not given Thomas a pass or fail on his physical. If he does fail, the whole deal can be voided, meaning Irving would come back to Cleveland, and Thomas, Crowder, Zizic and the pick would go back to Boston.

If he fails the physical, the Cavs would also have the leverage to go back to Boston and say that they will keep the deal in place if Boston gives them another asset, most likely in the form of a draft pick (you know, the ones that Celtics president of basketball operations Danny Ainge loves to stockpile). This is most likely the route the organization would take.

One thing I know for sure is that it is very odd that none of the players involved in the trade have spoken publicly on it, or posted on social media yet about their new teams and teammates.