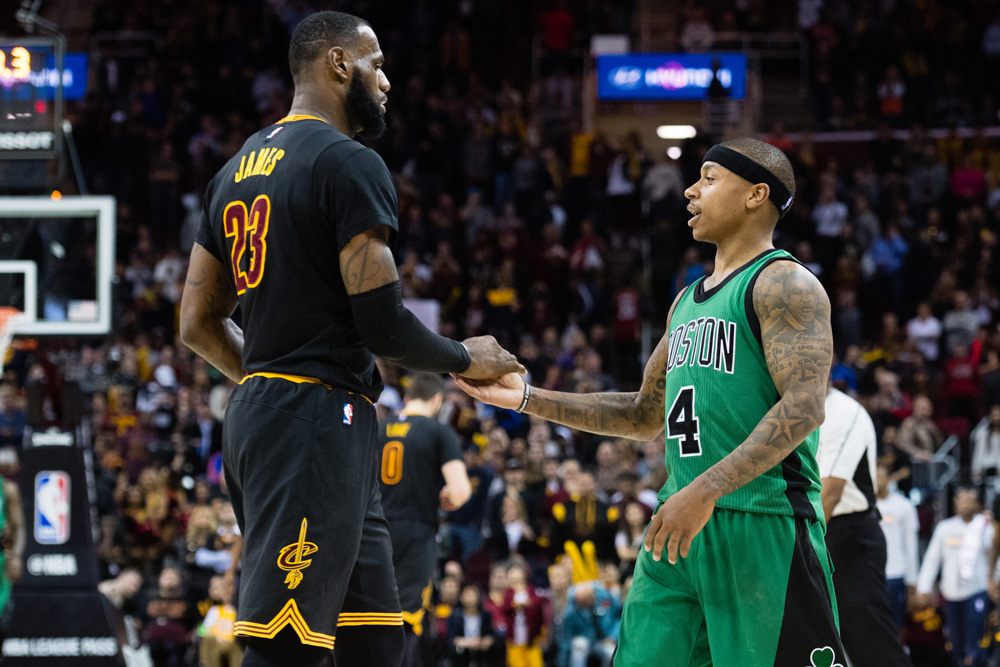 The Cavaliers are expected to ask the Boston Celtics for “further compensation” in the trade that sent Kyrie Irving to Boston, according to a new report from ESPN’s Adrian Wojnarowski.

The Cavs traded Irving to the Celtics on Tuesday, in exchange for Isaiah Thomas, Jae Crowder, Ante Zizic and the Brooklyn Nets unprotected 2018 first-round draft pick.

Late Friday night, news broke that the Cavs were “weighing their options” when it came to the Irving trade after Thomas’ physical at the Cleveland Clinic. Thomas injured his hip in March of this year, and re-aggravated the injury in the Eastern Conference Finals against the Cavs. He has not yet been cleared by doctors, and there has been no official word on the result of his physical.

If Thomas does not pass the physical, the entire deal can be voided by the Cavs. The more likely option, however, is the Cavs going back to the Celtics and asking for another piece in the trade. It appears as though the latter is coming to fruition.