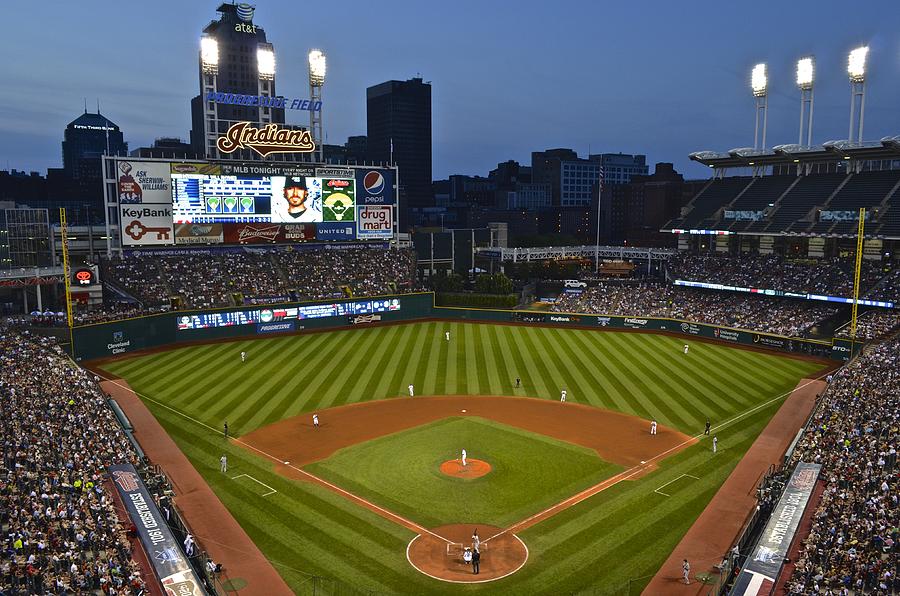 CLEVELAND – In what may have been the most entertaining game of the year, the Indians walk out of the ballpark with a 7-5 victory over the Tigers.

Thursday’s win puts them just 4 games behind the second wild card spot with 23 left to play.

It all began in the 2nd inning when the Tigers appeared to have put two on the board. A ball thrown from Indians right fielder Lonnie Chisenhall resulted in a close call at the dish, and home plate umpire Ed Hickox initially called the runner safe.

Cleveland challenged the call and got it overturned, but the Tigers still got a runner in taking the 1-0 lead.

Abraham Almonte broke the ice for the Tribe by responding in the 4th with a solo shot to right, marking his fourth on the year. Later, Giovanny Urshela doubled to deep left center in the 6th to put the Indians ahead 3-1.

Danny Salazar went 6 ⅓ innings giving up 7 hits and 3 runs on the night, but was pulled from the game after back-to-back singles and a walk that loaded up the bases with just one out.

Indians relief pitcher Brian Shaw entered the game and on his first pitch allowed the runner to score from third with a wild throw. Ian Kinsler singled to right knocking in what would have been two more runs scored, but Chisenhall kept it interesting with yet another close call at the plate, and once again the runner ruled safe. Cleveland challenged a second time and won, leaving the inning tied 3-3.

The Indians immediately went out and responded in the home half of the 7th when Michael Brantley homered on the second pitch he saw, and a single and a steal from Chisenhall put him in scoring position for Yan Gomes to drive him in with a double that put the Indians ahead 5-3.

In the 8th inning, back-to-back singles and a double cut the Indians lead to 5-4, and Cody Allen came in to relieve Shaw with runners on second and third with one out. Another single by Anthony Romine tied the game up 5-5.

A two-out walk drawn by Francisco Lindor in the 8th couldn’t have come at a better time. Brantley came up to the plate and sent another ball out of the park to push the Indians passed the Tigers, 7-5.

“It feels great, but it’s a team win,” Brantley said, in regards to coming through for his team.

“The team gives you those chances, those opportunities, to get back up to the plate. That’s why you take one bat at a time. You don’t look to the future or the past, you just try to clear your head and stay focused on the task at hand.”

Tonight the Indians improved their record to 69-70. Chisenhall is the first player in MLB with three outfield assists in a single game since May 5, 2007, when Kansas City’s Mark Teahen did it as well.