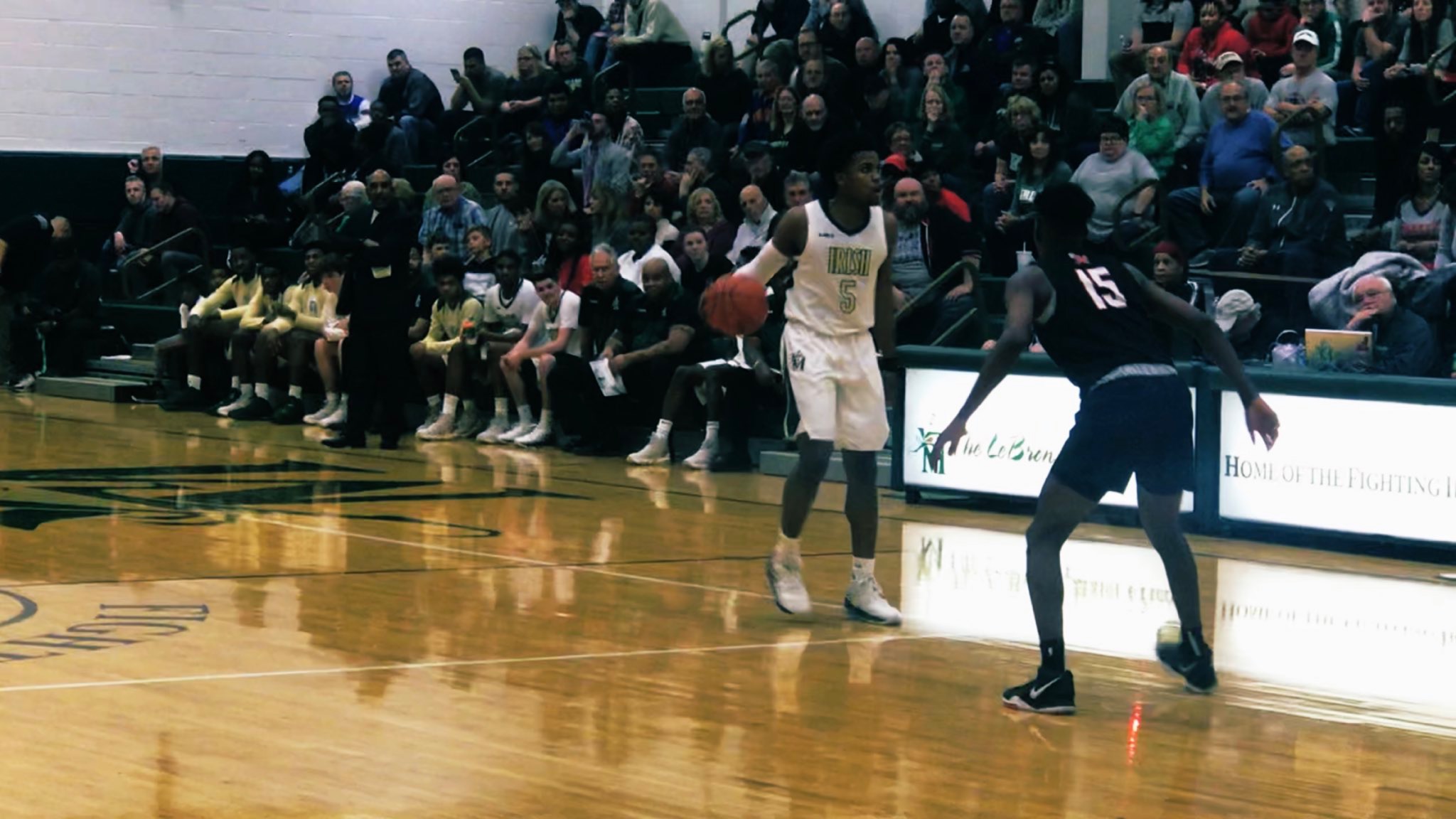 AKRON, OHIO – It was a special night at The Lebron James Arena for the Fighting Irish. Seniors Isaiah Ingol, Marcus Johnson, and Luke Lindsay were all honored before the opening tip.

A special night calls for a special performance, and that’s what STVM did on Tuesday night. They went on to win a hard fought battle against Shaker 55-51 in front of a large and rowdy home crowd.

The Irish have had a history of starting out slow, and that trend continued in this game. Shaker jumped out to a 15-12 lead after one, as Dakota Cochran buried a pair of threes to lead the Raiders.

4-star junior Malaki Branham was held scoreless in the frame, as Shaker’s defense really played tough to open the game.

The second quarter was a much different result.

STVM started the second quarter with a strong 10-3 run to take back the lead. Shaker’s offense just couldn’t get into a rhythm, as STVM won the quarter 18-5 to take a 30-20 halftime lead.

Branham finished with eight points in the frame, while Johnson had eight points of his own in the first half of senior night. Ramar Pryor was limited in scoring, but he had a big momentum swinging dunk.

Ramar Pryor with the poster late in the 2nd quarter 🎥⬇️@STVMAthletics pic.twitter.com/dfyeeSD5QJ

The third quarter was low scoring, but very evenly played. Shaker ended up winning the quarter 9-8, but that barely made a dent in the STVM lead, as they led 38-29 heading into the final frame.

The Irish would build their largest lead of the game in the fourth quarter, going up 48-34 on a Marcus Johnson layup with four minutes to play.

However, Shaker continued to battle while trailing big on the road.

Cochran had a fast break jam that cut the lead back to 10 with a few minutes to play. Unfortunately for the Raiders, there just wasn’t enough time to mount a comeback.

Shaker closed the game on a 17-7 run including a buzzer beating three, but STVM would hold on to win 55-51.

STVM finishes their season at 17-4. A very impressive feat for a young team that played one of the toughest schedules in the area. They will host either Orange or Tallmadge in a sectional final matchup next Friday.

Shaker Heights wraps up the season 16-5 and will likely finish third in the GCC. They will host either Kenston or Stow next Saturday in their sectional final game.