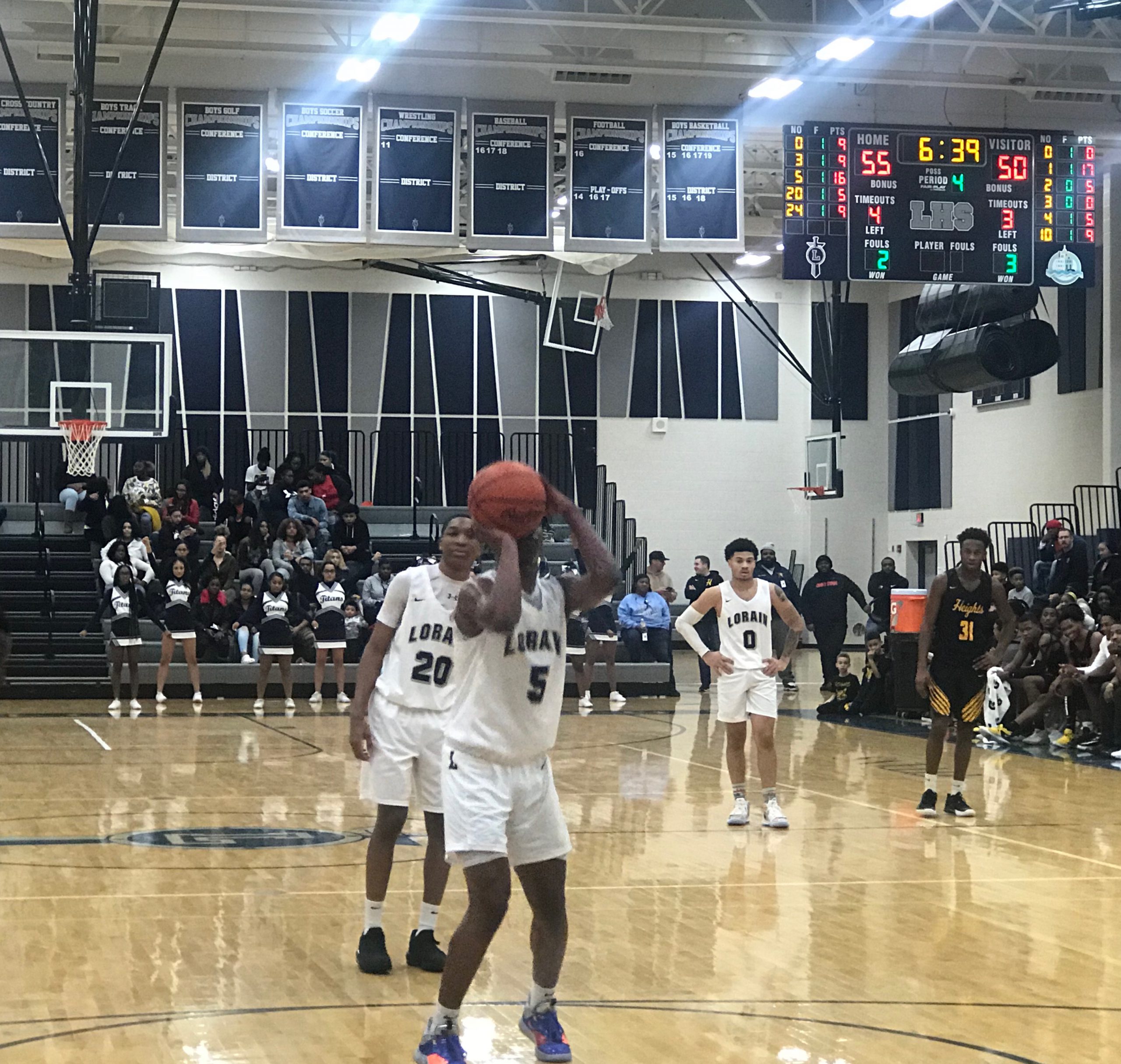 LORAIN, OHIO – Friday night’s matchup between Lorain and Cleveland Heights was one of the most anticipated games so far this season, and it did not disappoint.

Harnessing the electricity from a near-capacity crowd, Lorain was able to pull away in the fourth quarter to defeat Cleveland Heights 77-70.

It was a tight contest early, with Lorain holding a 19-15 lead at the end of the first quarter.

The Titans were able to create some breathing room heading into halftime.

Benejan displayed his uncanny ability to get to the basket, while Wilson showcased his ability to score from anywhere on the court.

Deonte Benejan has looked great so far tonight. He has 8 points including this beautiful and-1 bucket. pic.twitter.com/7XLgjv4iVc

Heights would come out of the locker room stronger than ever, as they started the third quarter on an 11-2 run to gain a slight advantage.

With the score tied 50-50 heading into the final frame, it was time for Seth Wilson to take over.

Wilson, who transferred from St. Vincent-St. Mary during the off-season, scored half of his 18 points in the final frame after being held scoreless in the third quarter.

With the help of Benejan and Aaron Whitehead, Wilson and his Titans built a double digit lead, eventually going on to win 77-70 after a high scoring fourth quarter.

Despite the loss, University of Akron commit Garvin Clarke was impressive. The Euclid transfer finished with 29 points, 16 of which came in the second half.

Lorain improves to 9-1, and will take an eight game winning streak to Euclid when they face top ranked St. Vincent-St. Mary (6-2) in the Scholastic Play-by-Play Classic on Sunday.

Cleveland Heights drops to 8-4, and will also be in Euclid on Sunday as they square off with Brush (8-1).