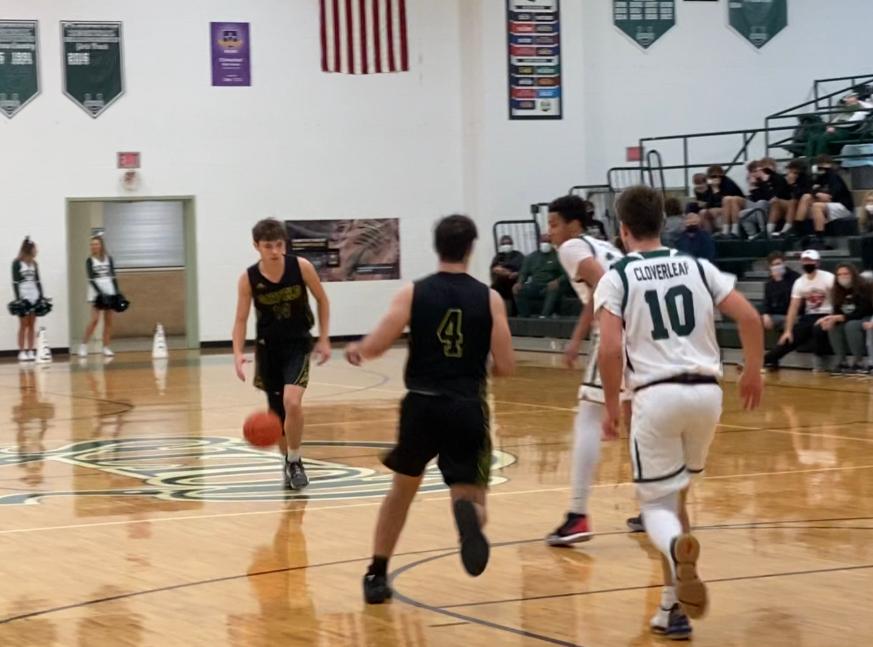 LODI, OHIO — Brody Swigonski had several big shots in the second half, none bigger than his game tying three pointer in the closing seconds of regulation.

It was all Garfield early in the game, as they jumped out to a 13-4 lead with 2:56 in the first quarter.

After this hot offensive start, Garfield struggled to get anything going.

The G-Men went nearly nine minutes without a single point, allowing Cloverleaf to tie the game 16-16 at halftime.

Nate Riley with another highlight reel block! He now has three in the first half. pic.twitter.com/ttOOUMSDca

Cloverleaf jumped out to their largest lead of the game at 24-16 early in the third quarter before Garfield’s offense caught fire again.

The G-Men used a strong attack from behind the arc to take a 33-30 lead into the fourth quarter.

After trailing by their largest deficit of the game early in the quarter, Garfield surges back to take the lead heading into the 4th.@JAG_Athletics @CloverleafLocal pic.twitter.com/K0D8ha94Cd

Brody Swigonski, who had zero points in the first half, scored 16 in the second half and overtime.

This late spark was huge for Garfield, as a back-and-forth fourth quarter was capped off with a game tying three pointer in the closing seconds of regulation to send the game to overtime at 47-47.

Both teams traded baskets in the overtime period before a huge three pointer by Trystan Gedeon gave Garfield a 52-51 lead with 22.5 in overtime.

A free throw would put the G-Men up 53-51 before Nate Riley’s buzzer beater shot missed off the left iron to give Garfield the overtime victory.

Riley was huge in this game for Cloverleaf, finishing with 12 points and five blocks. Despite this all-around performance and a pair of 13 point games by Ashton Newton and Logan Forbes, Garfield was victorious.

Swigonski and Gedeon look to be a couple of key pieces to this Garfield squad. They both finished with 16 points and their late three point shots helped secure a season opening victory.