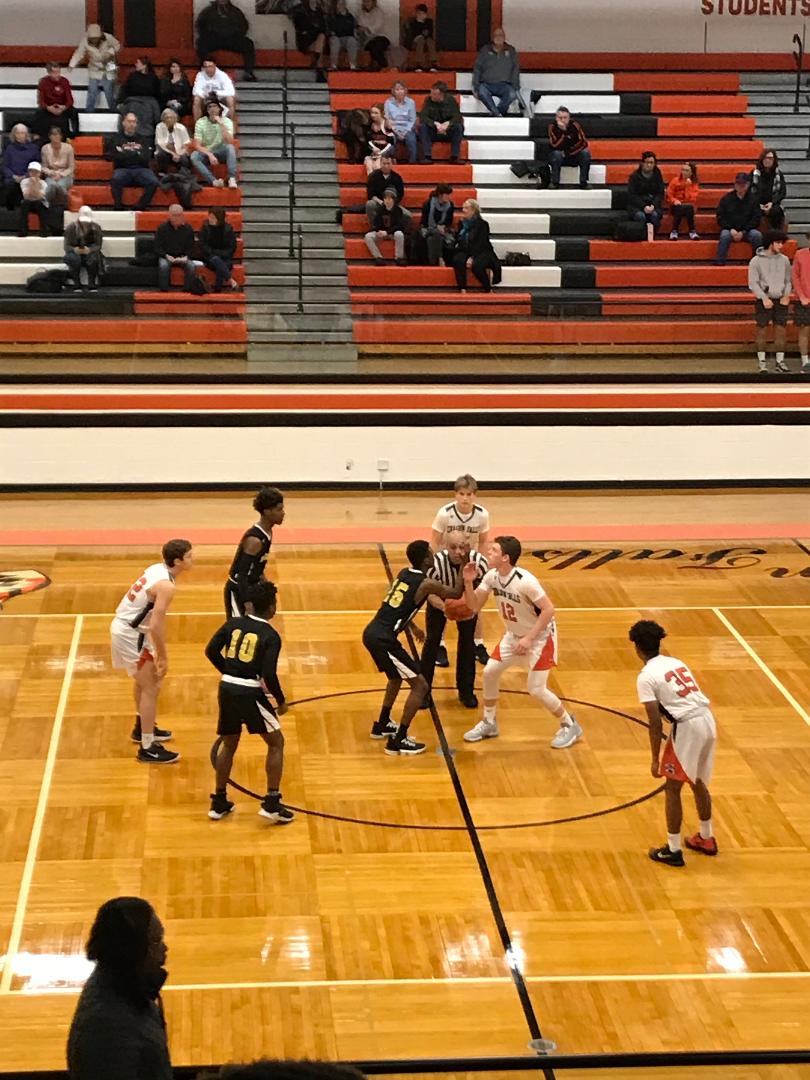 This is Chagrin’s third straight win to start the season and their first conference win of the year. Meanwhile, Beachwood falls to 1-2 in the conference and 1-3 overall.

Head coach Dave Bargar, manning the helm for Chagrin for his 15th year, used his strength of experience throughout and made sure that his offense was balanced and calm, running plays and keeping confusion to a minimum.

In response to the balanced approach Chagrin took on offense, the Bison switched to a 3-2 zone on defense in order to halt the Tigers from getting the game out of hand early.

Chagrin, however, was able to finish the first quarter up 10-8 despite not connecting from three. In fact, neither team was successful from behind the arc until Xavier Perez connected with seven minutes to go in the third quarter. Perez finished with three made deep balls and nine points.

The Tigers had more of an appropriate response to the zone that gave them issues during the first quarter, opting to pass into the paint big man Josh Norton instead of failed attempts from three. Norton finished the game with 11 points and one block, and drawing three charges from the Beachwood penetrators.

All the scoring for Beachwood came from their initial five starters in the first half, with not a single bench player knocking down a bucket for the team.

The Bison had a tough time finding the bottom of the net in the first half and many possessions were wasted with ill advised attempts from far behind the three-point arc.

Beachwood was led in scoring by junior Daryl Houston who finished with 14 including a basket seconds after winning the opening tip.

Chagrin jumped out to a larger lead during the second quarter and was able to end the first half up 23-18. Much of this lead was thanks to Senior Cam Owen’s ability to find the bottom of the hoop, finishing the night with a team-leading 14 points.

Both coaches obviously harked on scoring during the mid-game break, as the score jumped from the 23-18 Chagrin lead it was coming out of halftime to a 30-23 Tiger lead with 5:02 left in third quarter when the Bison called a timeout.

After a three pointer by Tate Yonker, who added a valiant 11 points, the scoring stagnated and neither team scored until a Houston layup nearly three minutes later.

Beachwood was able to widdle the Tiger lead down to five towards the end of the third quarter and entered the final frame of basketball down 33-28. However, the experience attributed to Bargar’s incredibly hard-working team was too much for the Bison to overcome.

Chagrin was able to pull away in the fourth quarter and forced Beachwood head coach David Krasnow into calling a timeout when the Bison deficit reached eleven.

Krasnow utilized his final three timeouts in the last two minutes of the game, extending it as much as he could to give the Bison their best shot at climbing out of the 11 point hole they found themselves in.

The Bison now look to rebound with a much needed win against Lakeside, while Chagrin will continue to vie for a hot start with another conference matchup versus the Perry Pirates.