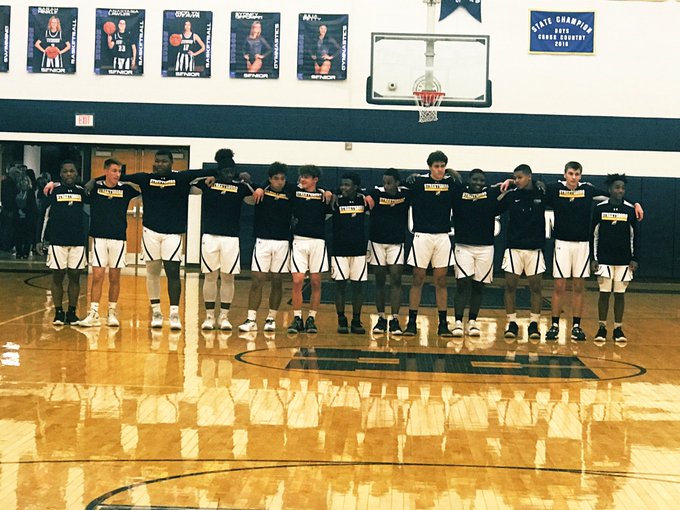 Saturday will feature the third place game at 6:00 pm between Streetsboro and Youngstown East. Then at 7:30, Hudson will host Canfield in the Hudson Holiday Classic Championship.

In the first varsity contest, Canfield was able to hold a steady lead before pulling away after halftime. In the first half, it was a battle of “number 3’s”. Senior guard Brayden Beck would lead his team to a slight 31-29 halftime edge, despite 10 points from Marquand Gilmer. Beck, who finished the game with 25 points, demonstrated his ability to work his way inside and finish with confidence.

Canfield would steadily increase their lead in the third quarter, as Brent Herrmann would score 10 points in the frame. The Cardinal lead would swell to double digits midway through the fourth quarter, as Canfield went on to earn a 61-48 victory over Youngstown East.

Shutting down Gilmer was a critical part to Canfield’s success, as they held the senior scoreless in the second half. Combining that with the impressive offensive showing from Beck powered the Cardinals to an opening round victory.

The final game of the day featured two schools that are only separated by about six miles. The score throughout most of this contest was as close as these two schools are to each other.

Standout Streetsboro guard Zamar Harris was the star of the show, as he kept pouring on the points to keep his Rockets in the game. Harris finished the first half with 14 points in a game lacking much offense, as undefeated Streetsboro held a 24-22 advantage at halftime.

Harris would continue to carry the team on his shoulders, but Hudson began to pull away in the third quarter. Brad McCormick showed off his skill set with multiple layups and three pointers, as the Explorers led 38-34 heading into the fourth quarter. Big man Jack Burdett also played a part in building the lead, as he finished tied with the team high in points at 13.

Trailing by eight with about five minutes remaining in regulation, Harris would take the game over for Streetsboro. The speedy guard made several big time shots down the stretch, including a three pointer from the top of the arc to pull the Rockets within two.

ZAMAR. HARRIS. The junior has 28, including this three pointer to draw Streetsboro within two. 🎥⬇️ pic.twitter.com/l6czeKG36c

Harris’ heroics would be overshadowed by the final play of regulation. With 3.4 to play, leading 52-50, Devin Reese was inbounding in front of a rowdy Hudson student section.On the pass, Harris tripped and missed the ball, leading to a buzzer beating layup courtesy of David Gentry to send the game into overtime.

Hudson would hold Streetsboro to a single point in overtime, handing the Rockets their first loss of the season by a final score of 57-53.