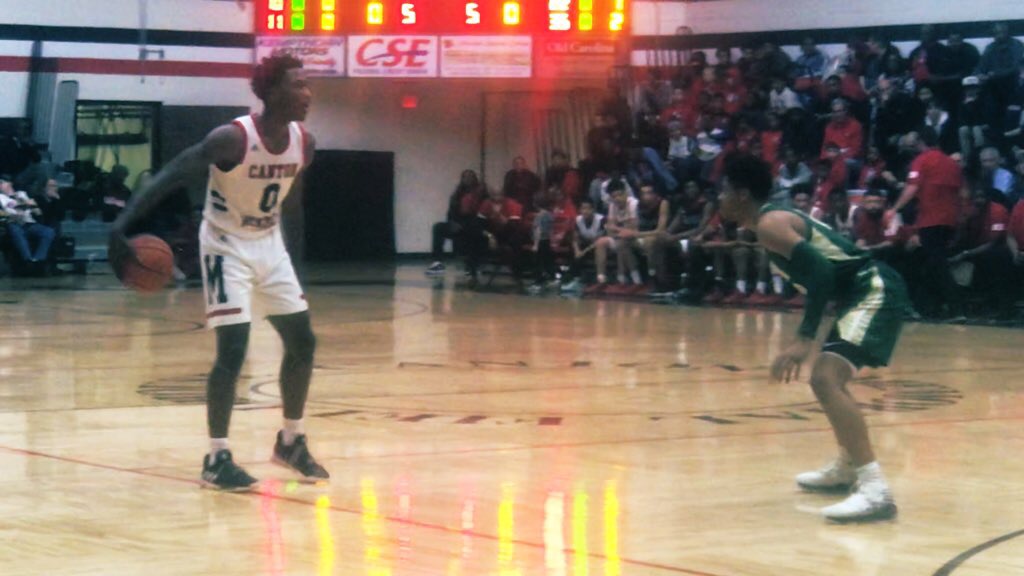 CANTON, OHIO – Every time Malaki Branham and his Fighting Irish landed a blow, it seemed as if McKinley would land one right back.

Despite a 27-point breakout performance from Antwan Williams, STVM was able to hang on for a 71-66 win in Canton on Tuesday Night.

The two headliners coming into this bout were Branham and Kobe Johnson. The pair had a back-and-forth battle going in the opening quarter before McKinley’s 11-3 run gave them a 16-10 lead at the end of the first quarter.

While Branham had a solid opening half, it was Kobe Johnson who stole the show. The junior guard posted 14 first half points to keep McKinley’s halftime deficit at 34-33 despite a 24 point quarter from the Irish.

Johnson finished both the first half and the game with 14 points, being held scoreless the rest of the way. Despite the surprising lack of production, an unlikely hero emerged to keep the Bulldogs within reach.

That hero was senior Antwan Williams.

Williams came into the game averaging 7.5 points per game. But on this night, he far exceeded his typical numbers, leading all scorers with an impressive 27 point performance.

Antwan Williams is having a break out game tonight for McKinley, leading the Bulldogs with 17 through 3. pic.twitter.com/4PmPJR2oBK

Branham and standout sophomore Sincere Harris were able to bring the Irish lead to eight in the third, but Williams’ three point barrage made the score 53-51 with one quarter to play.

Branham, who finished with 16 of his 25 points in the second half, continued to outmuscle his opponents. Hanging on for dear life, McKinley kept fighting.

With fans heading for the exits and the Bulldogs trailing 69-63, Williams was able to connect on a heavily contested desperation three pointer to make it a one possession game with 8.3 remaining.

However Branham calmly stepped up and made his free throw attempts, as STVM went on to win this late season road test, 71-66.

The containment of Kobe Johnson was a big factor in the victory for STVM, as they held the Bulldogs’ leading scorer scoreless in the second half.

With help from Harris, Marcus Johson, and the rest of his teammates, 4-star junior Malaki Branham was able to lead his team to a bounce back victory.

St. Vincent-St. Mary improves to 16-4 on the season, and will host Shaker Heights next Tuesday in another big test.

McKinley drops to 15-4, and will next be in action on Friday when they host Uniontown Lake.