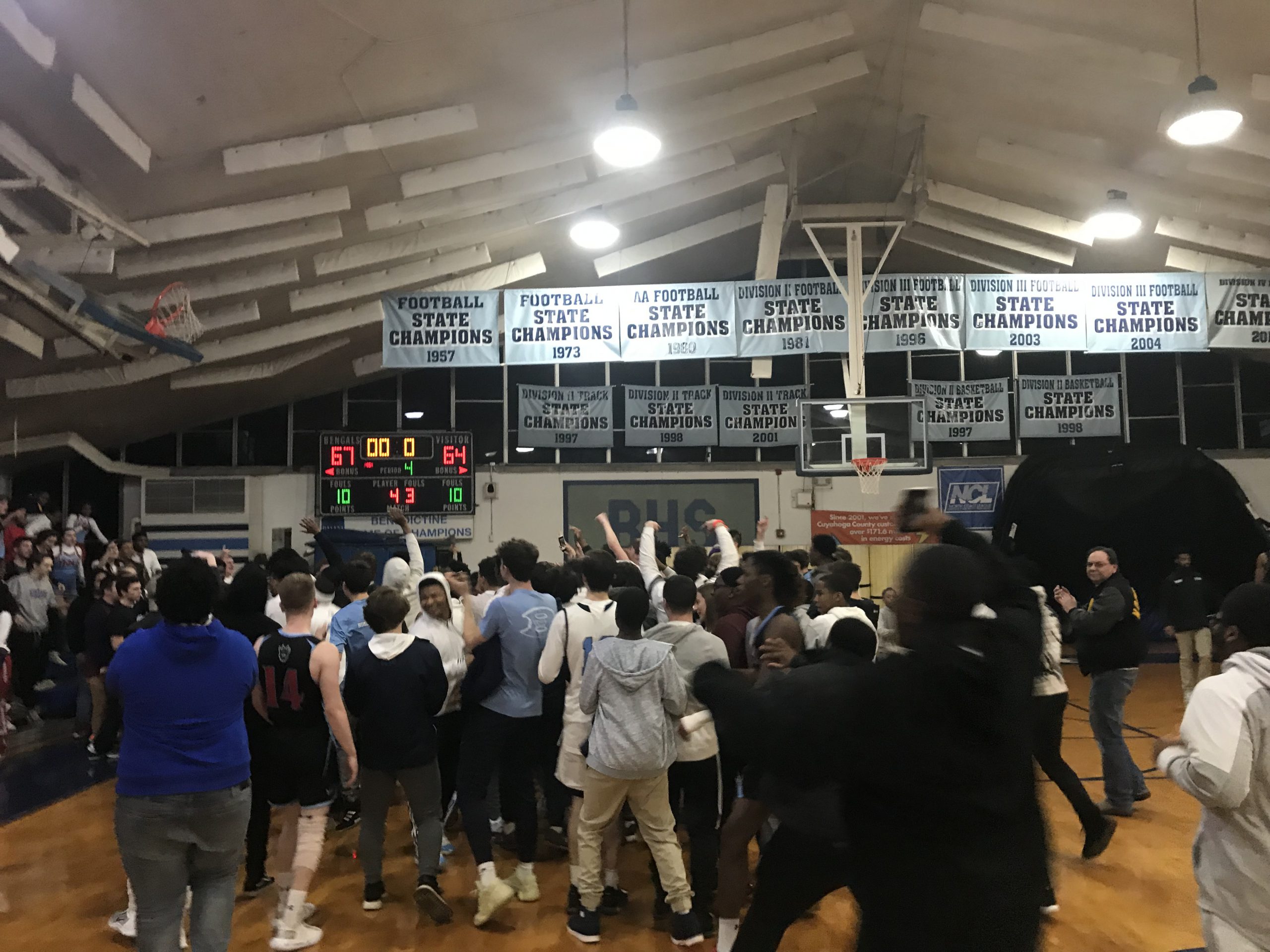 CLEVELAND, Ohio- Back on Jan. 11, it took overtime to decide the winner, in which Villa Angela-St. Joseph came out with an eight-point win. Friday night, in front of a packed crowd at Benedictine High School, the Bengals came away with a 67-64 win to improve their record to 10-9.

On a night where he scored a game-high 33 points, Benedictine’s quicksilver point guard Davin Zeigler hit the go-ahead floater in the middle of the paint to give the Bengals a 65-64 lead with just under one minute left in the game. Villa Angela-St. Joseph couldn’t hold on to the ball with the clock ticking away, forcing a Viking turnover with 10 seconds left.

After the Vikings were forced to foul, junior guard Eric Buckner sunk both of his free throws to give the Bengals a 67-64 lead with nine seconds left. With the Bengals providing pressure defense in the closing seconds, it forced Jordan Calhoun to heave up a falling-down 3-pointer that fell a couple feet short of the rim. Seconds later, the Benedictine studentnts rushed the floor in celebration.

It was all smiles for the Bengals after the game as they got their revenge on the Vikings. The win Friday night was special, as it gave them confidence moving forward with the playoffs nearby, Zeigler said.

“Going into these games and playing good competition like that and closing the game out, it just gives us confidence knowing we can beat those special teams and compete with them,” he explained. “It’s a confidence booster.”

Despite finishing the game with just six points, senior forward Rory Kilbane was the spark the Bengals needed late in the game to pull off the signature win. From taking multiple charges to a breakaway dunk that had the student section on its feet, Kilbane helped the Bengals in more ways that don’t necessarily show up in the box score.

Head coach Rob Stircula explained that when Kilbane brings that type of energy out on the floor, it makes the team that much better.

“That’s just what he does,” Stircula said. “When he brings that energy, that’s just another person that fills in those gaps that we need. He finished around the rim and when he can do that, it’s just another weapon we have.”

Sophomore BJ Busbee came away with 12 points during the win, followed up with Eric Buckner’s nine and Jashun Cobb’s seven points, respectively.

Benedictine controlled most of the game Friday night as they rarely ever trailed. The Vikings took a mere 29-27 lead heading into halftime after they were down by seven points following the first quarter. Benedictine would eventually take a 49-40 lead heading into the fourth quarter.

From there, the Vikings got within three points with five minutes left in the game. Both teams were in the bonus at that time and no lead was ever safe in the final four minutes of the game. Benedictine never panicked, as they controlled the final two minutes of the game running through their offense and not forcing any questionable shots, something that’s been practiced often with the team late in games.

“Our coaches have drilled into our heads to finish the games and make the right moves down the stretch,” Kilbane explained after the game. “We’ve had quite a bit of practice at it the past couple of weeks.”

Seven players scored for the Vikings during the loss Friday night. Senior forward Jason Priah paced the offense with a team-high 17 points. Jordan Calhoun contributed with 13 points, followed up with Jaden Hameed and Khalil Mitcham scoring nine and eight points to round out the scoring.

The loss for the Vikings brings their record to 13-5 with four games left in the regular season. It doesn’t get any easier as they end the season playing teams like Mentor, St. Vincent-St. Mary, St. Edward and St. Thomas Aquinas. As for Benedictine, they end the regular season on the road against Harvey and Gilmour.