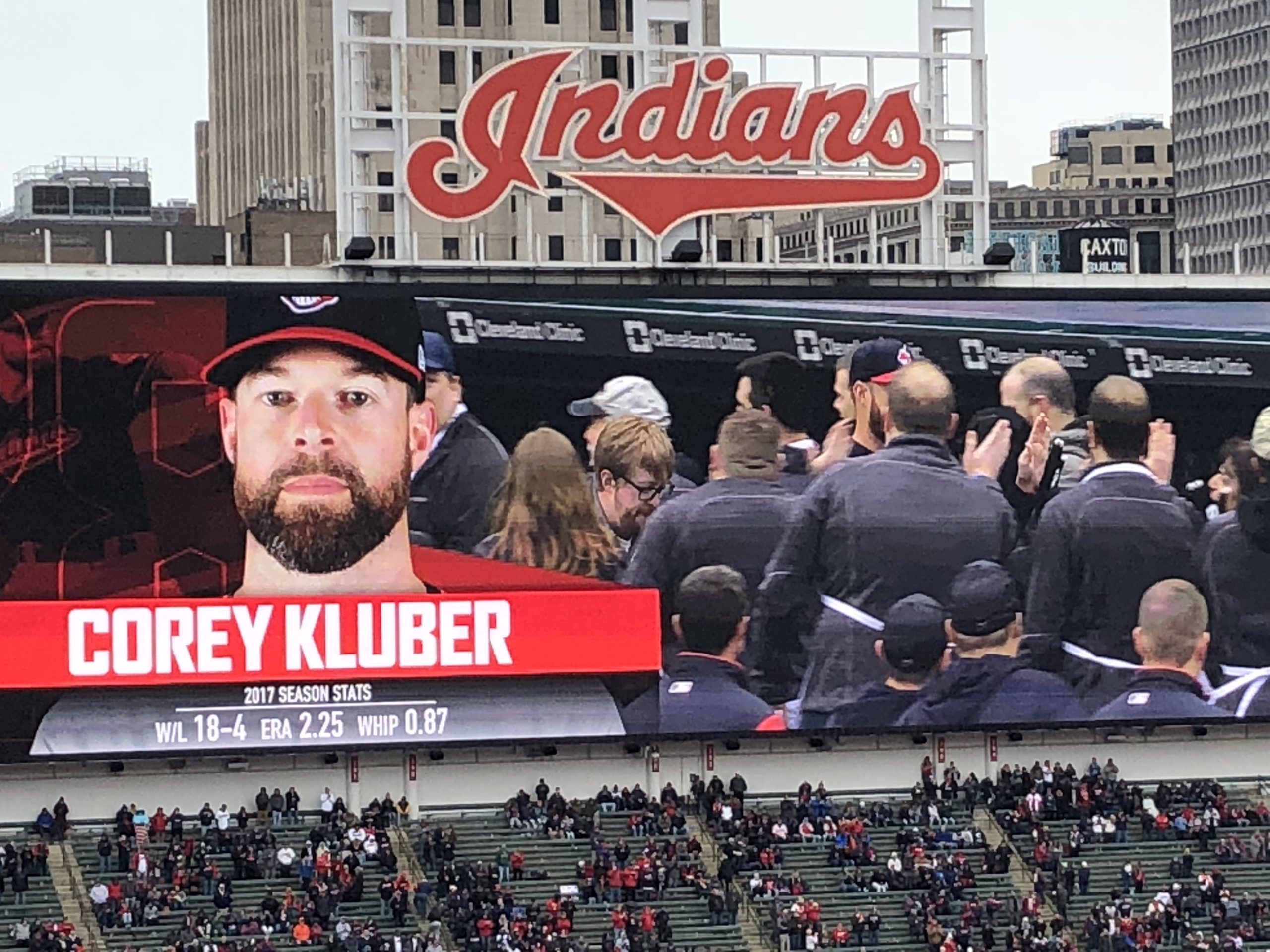 MLB.com insider Jon Morosi broke the news on Wednesday that a new team has been added to the mix for a possible deal for Cleveland Indians ace Corey Kluber, that being the San Diego Padres.

Morosi says that the Padres, who drafted Kluber in the fourth-round back in 2007, might just have the proper package in place for the Indians and San Diego to make a deal.

As of now, the Padres and Los Angeles Dodgers sound like the top two teams that are front runners to get Kluber and continue with the Indians offseason of unload and reload their roster.

“They probably haven’t surpassed the Dodgers to land Kluber, but the are very involved, and they have the key components to make a compelling offer to Cleveland,” Morosi said of the Padres threat to land the Indians ace Thursday morning on MLB TV.

“Right now, they can offer Cleveland Major League talent, the reason why the Indians would want to make this move, and yes it’s financially motivated to some level, but you cannot trade your ace and get back prospects who are simply far away from the Major leagues.”

Morosi pointed out a couple players that could be starters right away for the Indians from the Padres should the deal go down, two outfielders and a catcher to take the spot of the departed Yan Gomes.

“So the Padres have Manuel Margot a centerfielder, who the Indians have interest in, they have Hunter Renfroe another outfielder, and the Indians are looking to rebuild their outfield if they make this trade at all, they could actually add Austin Hedges (catcher) to replace Yan Gomes, Hedges making less money right now than Gomes does.”

He was signed as an amateur free agent by the Red Sox back in 2011, and then was traded to the Padres in 2015.

The fact that the Indians and San Diego made a pretty big trade last summer allowing the Indians to get the pitcher who will close games for them this upcoming season in Brad Hand along with fellow relief pitcher Adam Cimber can only help if the sides can agree on a deal.

“Some good cooperation in the past there, so maybe one more big deal to come for the Padres and the Indians,” Morosi said.

Kevin Acee, who is the Padres beat reporter for the SD Union Tribune says that a possible deal for Kluber or even Marcus Stroman to San Diego is not going to happen, which is totally opposite of what Morosi is reporting.

Among hundreds of conversations #Padres have had with other teams are ones about deals that would include Corey Kluber and Marcus Stroman. While the Padres could still add a starting pitcher for 2019, it won't be one of those two.
Priority is third baseman.

No matter how you cut it, it appears that Kluber had better get his sunscreen out as the Indians chats with a couple teams out west continue.