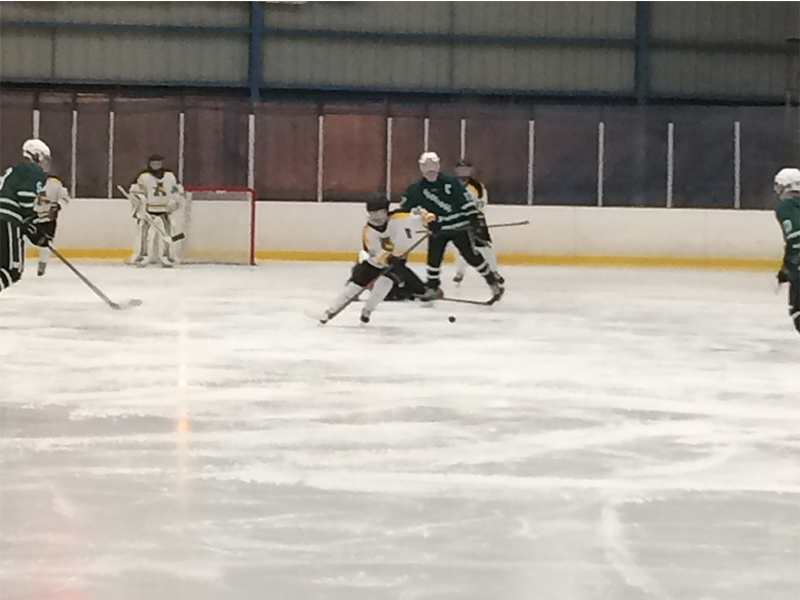 ELYRIA, Ohio – The Westlake Demons (0-7-0) travel to the Elyria North Rec to take on the Amherst Comets (2-4-0) in this white division matchup in the GCHSHL. Both teams are at the bottom of the white division standings.

In the first period the Demons didn’t play much defense. In fact, they were slow to get back on the other end of the rink, and by that time Amherst already scored their goal.

Westlake allowed five goals in the period; Jaret Mead and Jacob Fetke each scored a pair and Jacob Kramer added on to give the Comets a 5-1 lead after the first period. Westlake’s Sam Monsour scored their only goal.

Amherst outshot Westlake 12-11 in the first period; each goalie made eight saves.

The third period saw Amherst add to their lead with another goal from Jaret Mead, giving him a hat trick. However, Westlake was able to score two goals in the period, one by Sam Monsour and Matt Romansky.