After a Solid June, What Does July Hold in Store for the Indians? 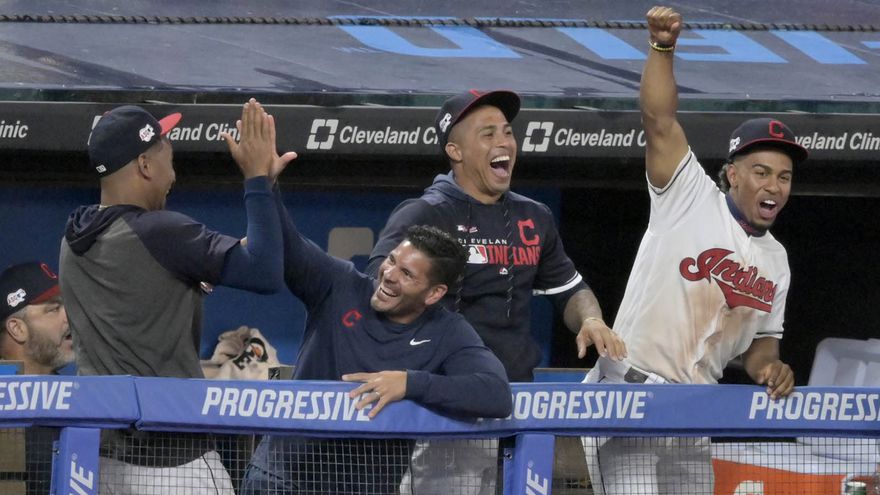 The month of June was very good to the Indians, as the club that seemed to be looking to find itself for the months of April and May finally started to play up to their potential.

The team went 17-9 in the month, cutting into the Twins lead for the top spot in the AL Central, and also putting themselves squarely in the mix for one of the two AL Wild Card spots.

The offense finally got hot, averaging 5.1 runs per game for the month, and while the starting pitching still was up and down, the offense bailed out the pitching on nights when they didn’t have their best stuff.

While the team will get a bit of a break this month with the All-Star game next week in Cleveland, there’s still plenty of very important baseball to be played as the club continues to look to chop into the Twins lead in the division.

Here’s a couple things to look for this month for the Tribe starting tonight in Kansas City with another meeting with the Royals.

1. Ending the First Half on a High Note

After two awful losses in Baltimore over the weekend losing two games to the Orioles by a combined score of 26-0, the Indians have five games left before the official All-Star break in Kansas City and Cincinnati.

The Royals swept the Indians last time the two teams met in Kauffman Stadium, but since then the teams have seemed to go in different directions.

Last week the Tribe took two of three against the Royals at Progressive Field, and were a ninth inning Brad Hand meltdown away from a sweep.

They split two games a few weeks back at home to the Reds, who they will play Saturday and Sunday at the Great American Ballpark in Cincy to end the first half.

With five games left winning four is not out of the question based on the competition.

2. Lots of Home Cooking After the Break

The Tribe will have 12 games at home in July, including a huge 10-game homestand right after the All-Star break.

The 10 games will feature three big games over the weekend with the Twins, then four with Detroit who they are 8-1 against this season, and finally three over another weekend with the Royals.

The end of the month, July 30th and 31st, will see the Houston Astros make an appearance at Progressive Field for the first time since they knocked the Indians out of the playoffs in 2018.

The Indians are seven games over .500 at home sitting at 25-18 which they will have a shot to improve on in the month of July.

3. Have to Crown the Royals

If there’s one team that Indians fans are going to be sick of seeing after the month of July, it’s the AL Central rival Kansas City Royals.

The Tribe starts a series in KC tonight sitting at 2-4 against them, and this month will see them play nine games total versus the Royals, six in KC and three at Progressive Field.

It’s just the way the schedule plays out, as with so many games against the Central you will have months like this where you see the same team a lot.

Part of the good news is the fact the Royals are in the AL Central basement at 29-56, something the Indians have to take advantage of.