A Look Back at Last Years Summerslam 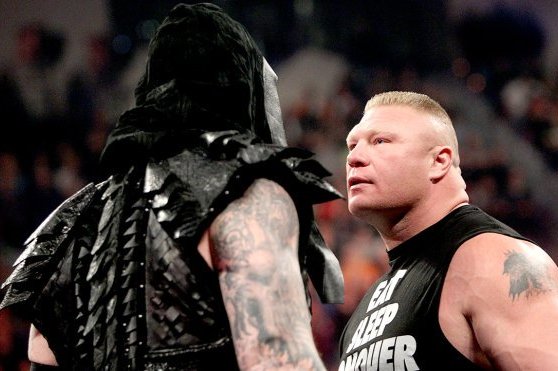 It’s hard to believe it has been a year since last years Summerslam. So much has changed in just one year!

We now have two very separate brands with Smackdown and Raw both having their own rosters in place and The Blue Brand going live on Tuesday nights!

As much as things change, the one constant is the end of the summer classic known as Summerslam.

Let us take a look back at last year.

The event took place on August 23, 2015, at Barclays Center in Brooklyn, New York. This was the first Summerslam since 2008 to be held outside of Los Angeles as Staples Center was the exclusive home for SummerSlam from 2009 to 2014.

The Izod Center was originally supposed to host SummerSlam, but due to its closure in April 2015, the event was moved to Barclays Center. The event was the first in the SummerSlam chronology to be four hours in length, a length previously reserved only for WrestleMania.

The main event was a WrestleMania 30 rematch as The Undertaker took on Summerslam Main Event regular Brock Lesnar. The Beast Incarnate had been on a gigantic roll but The Dead Man would put a stop to that. The Undertaker defeated Brock Lesnar in controversial fashion. Minutes before the end of the match it was Lesnar putting the Undertaker in a Kimura lock and the timekeeper rang the bell after seeing the Undertaker tap out, there were was only problem, the ref’s view was blocked and he couldn’t see it.

Since the referee hadn’t seen a submission and never stopped the match, the match continued. The confusion allowed Undertaker to surprise Lesnar with a low blow before trapping him in the Hell’s Gate submission hold, which caused Lesnar to pass out and gave Undertaker the win.

A couple of months later at Hell in the Cell, the two would clash one more time with Lesnar coming out ahead.

The New Day (Big E and Kofi Kingston) (with Xavier Woods) defeated The Prime Time Players (Darren Young and Titus O’Neil) (c), The Lucha Dragons (Kalisto and Sin Cara), and Los Matadores (Diego and Fernando) (with El Torito) to win the WWE Tag Team Titles. They have held it ever since.

In a winner take all match it was Seth Rollins (WWE World Heavyweight Champion) defeating John Cena (United States Champion) to win both belts. He had some surprising help as John Stewart interfered in the match and cost Cena the titles.

Will the 2016 version match up Sunday night? Only time will tell!