A Caller to a Sports Talk Show Says the Indians Should Trade Corey Kluber; The Hosts Reaction is Awesome 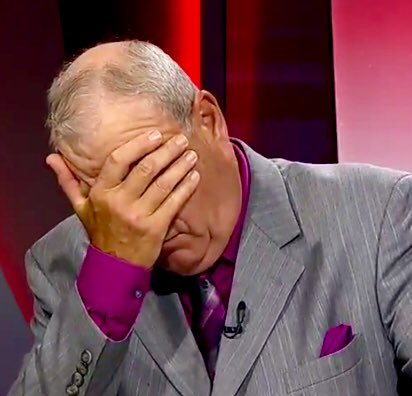 If you’ve been around the Cleveland market and now anything about sports talk radio, then you have heard of Bruce Drennan.

No one can deny that Drennan, with the famous catch phrase ‘I Love Ya Cleveland’ is about as well known as any talker of sports in this market.

He’s been around for decades, even calling Indians games on the old WUAB with legendary former Cavs play-by-play man Joe Tait for awhile.

Drennan still has a show on television daily, and his facial expressions on the show are at times – priceless, to say the least.

The latest great react from Drennan came on Wednesday after Indians ace Corey Kluber had a rough outing, the shortest of his career, in a loss to the Cardinals.

The caller – ‘Dave in Mentor’ says that Kluber should be traded for a couple of ‘power arms’ for the back end of the bullpen. What followed was another famous rant from Drennan, seen in the video below.

If Bruce Drennan could jump through the phone, he might've committed murder … @DrennanLive pic.twitter.com/AR9P72JUWj