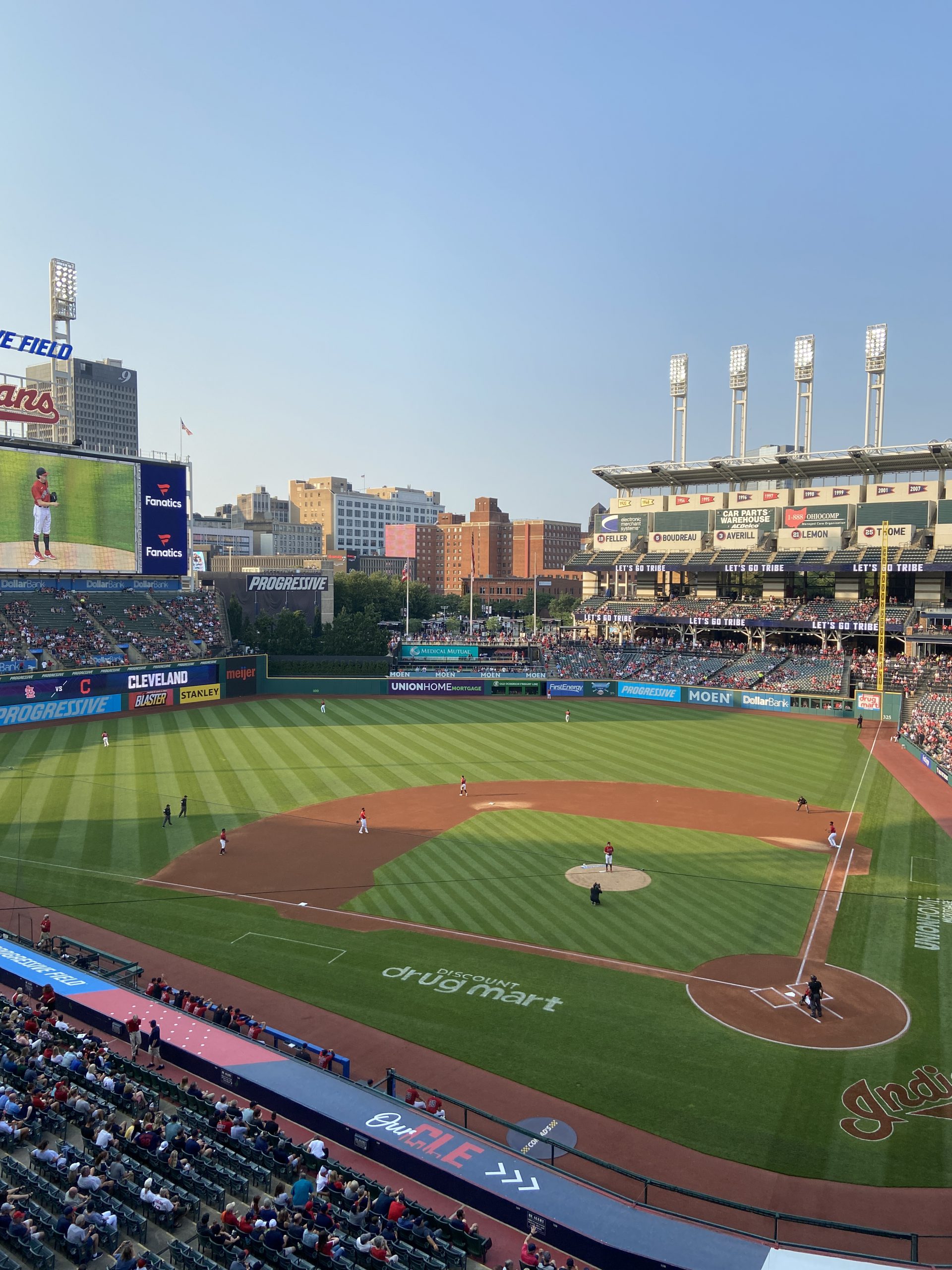 The Cleveland Indians hosted the St Louis Cardinals for a two-game series. Cal Quantrill was on the hill for the Tribe. The 26-year old was making his 11th start of the season.

There was a welcome sight in the Indians’ dugout. Josh Naylor was spotted smiling with his teammates. Naylor suffered a severe injury at the end of June. He will be out the remainder of the season, however, his infectious spirit was much needed by his teammates.

Adam Wainright took the bump for the Cardinals and his team gave him the early lead. Harrison Bader hit a solo shot in the 3rd to put the Cards on the board. Quantrill remained focused and did not allow any additional runs after Bader’s blast.

Jose Ramirez wasn’t about to not join in the party. Ramirez blasted a two-run shot to right center field. This scored Amed Rosario and gave Cleveland a 2-1 lead.

The crowd at Progressive Field was rowdy for a Tuesday evening. A significant amount of Cardinals’ fans could be heard in the ballpark. Ramirez quieted them with his home run and Quantrill kept the Cards’ lumber quiet.

The Cardinals started a rally in the 6th by stringing together some hits. Looked like a lot of trouble for Quantrill but fortunately St Louis left the bases loaded. That inning ended Quantrill’s night. He went six innings giving up one run and striking out five.

Bryan Shaw came in for relief of Quantrill and he surrendered a two-run shot to Paul DeJong. That long shot put the Cards on top 3-2.

Nick Sandlin pitched the 8th and was able to keep St Louis from tacking on any more runs. However, the Tribe didn’t add any run support for Sandlin.

Jose Ramirez lined out to second base. Franmil Reyes and Harold Ramirez both lined out to center field and there was not a 9th inning rally for the Tribe tonight.