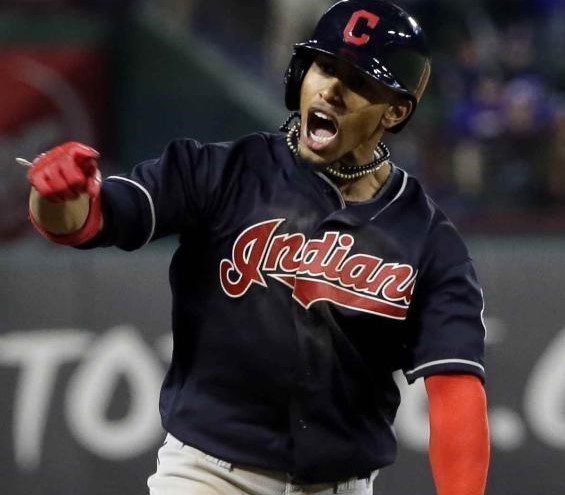 Since the last out of game seven of the World Series, the buzz word around the Indians has been expectations. Knowing that it’s hard enough to gear up for another post season run, the expectations for this season are no lower than a return to the fall classic to finish the job.

Fast-forward to April, with the expectations at a high we haven’t seen since the 90’s, the Indians came out roaring against the defending AL West champs in Texas and left with a three-game sweep and an early lead in the AL Central.

Top to Bottom Production– Of the 12 players to bat in the series, only four players (Tyler Naquin, Yandy Diaz, Brandon Guyer and Yan Gomez) did not bat in a run while the offense exploded for 21 runs over the opening series stretch. Getting a lot of production even from the bottom of the lineup, Austin Jackson, Roberto Perez and Abraham Almonte all contributed to crucial plate production.

Cody Allen– In a previous life, Allen must have been a famous theatrical actor with a flair for the dramatics. Making two of his three saves with RISP, Allen stayed laser focused and got the job done like he’s done so effectively in his tenure in Cleveland. In short, I love to see Allen on the bump, but my blood pressure doesn’t always.

Bullpen Rock Solid– With no Indians starting staying in past the sixth, the bullpen amassed nine 2/3 innings pitched and allowed just two runs. Effectively shutting down the Rangers by the seventh inning in every game, the Indians outscored Texas 11-2 from the seventh inning on while the bullpen was in control.

The Hits Keep Coming– Between Edwin Encarnacion, Lindor, Santana and Jose Ramirez bashing some long balls out of the hitter’s park at Arlington, the Indians did an incredible job of stringing together hits and always seemed to have a bigger counter-punch than the Rangers. As a team, the Tribe tallied 24 hits over the opening series while guys like Michael Brantley, Jose Ramirez (who again showed his invaluable two-out RISP hitting last night) and even Roberto Perez came up in big spots with answers.

Man, That was Fun– Frankie’s smile escaped us only for an inning before he came to life in grand fashion and the smiles spread from there and were as big as Chief Wahoo’s. Over the opening series, it never felt like the Indians were out of any situations, no matter how badly Texas needed it. Delivering in every way imaginable, the Indians showed they can win in every way. On Monday, the team chipped away from an early 5-1 hole and finished strong, Tuesday they led wire-to-wire and on Wednesday the Tribe used some ninth inning bat magic to scare off a depleted Rangers crowd and sent a weary Sam Dyson away with a question mark as to his ability to be the Texas closer.

If series one of the season is any indication, we are in for a memorable ride here in Cleveland.