Four Lefty Options For the Indians Not Named Andrew Miller 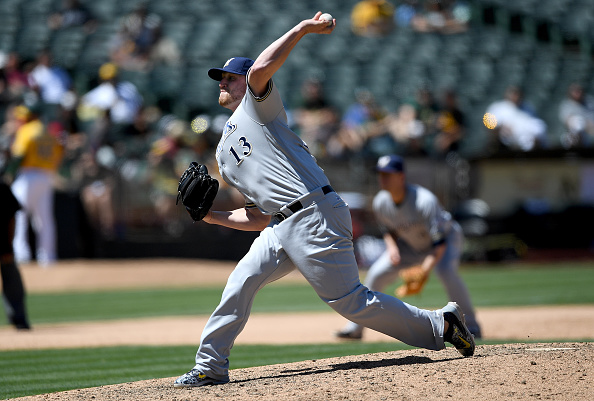 For the first time in a long time, the Tribe finds themselves as buyers at the trade deadline.  While there have been reports the Indians may be targeting a catcher, particularly Milwaukee’s Jonathan Lucroy, the team’s most pressing need is a left-handed reliever.

The six lefties Cleveland has used in the pen this year have combined for a 7.35 ERA in 24.1 innings of work.  That’s not a ton of innings, but a majority of those appearances are coming in matchup situations against left-handed hitters.

The big name everyone’s talking about is the Yankees’ Andrew Miller, but that might be unrealistic after the Cubs sent their top prospect and three other minor leaguers to New York for a three-month Aroldis Chapman rental.  Miller is signed through 2018 and would most likely require sending both Bradley Zimmer and Clint Frazier, as well as a few other prospects, to the Yankees.  The Indians can’t afford to mortgage their future for Miller, but there are a few other lefties the Tribe could pursue:

The 12-year veteran has had a phenomenal season for the Sox, posting a 2.71 ERA in 51 appearances so far this year.  Lefties hit .271 against Duke, which isn’t a terrific mark.  However, he has been used more than any other pitcher in the AL this year, giving hitters more opportunities against him.  Duke would be an upgrade over the lefties the Tribe currently use, but isn’t going to blow away every lefty he faces.

Smith has been rumored as the additional player in a deal for Lucroy and would be much cheaper than Miller since he is only signed through the end of this year.  He has a 3.86 ERA overall, but lefties also hit .281 against him.  Like Duke, Smith is a veteran who would be more reliable against lefties than what the Indians have now, but isn’t a shutdown matchup lefty like Miller.

Doolittle is an intriguing high-risk, high-reward trade candidate.  He has a 2.93 ERA overall, has given up just 3 runs against lefties, and left-handed hitters are hitting just .152 against him.  However, he’s currently on the DL with a left shoulder strain and will most likely not be fully recovered until mid-August.  There’s no telling how he will perform when he comes back, although he has bounced back from shoulder injuries in the past.  Doolittle is signed through 2018 with team options through 2020, but if the Indians shouldered some of the payroll burden the A’s may lower their asking price as they seek to rebuild.  It’s unlikely rookie GM Mike Chernoff would make such a bold move, but Doolittle is a fascinating option.

Krol has bounced from Washington to Detroit to now Atlanta in his four-year majors career, but he’s been a relatively bright spot for the hapless Braves this year.  He’s posted a 3.18 ERA in 28.1 innings, and lefties hit .256 against him.  He’s also entering his first arbitration year in 2017 and won’t become a free agent until 2020.  The Braves are most definitely sellers with the worst record in baseball; it’s worth a shot for the Tribe to inquire about Krol.