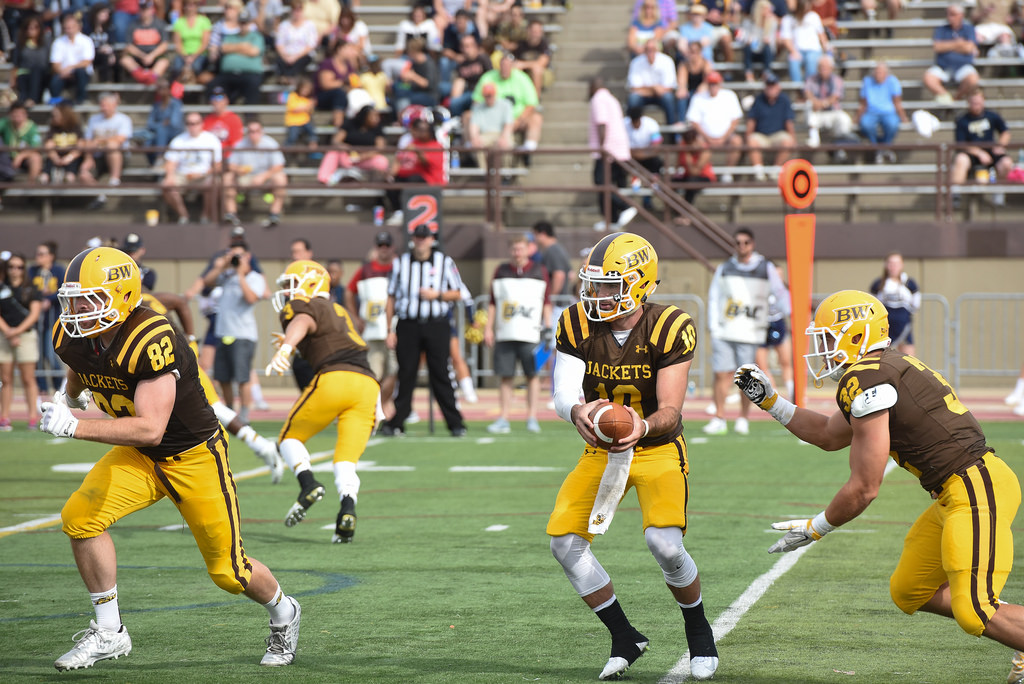 Berea: Despite being a huge underdog, Baldwin Wallace managed to fight John Carroll until the very end in a 24-21 loss at home.

John Carroll came out swinging in the first half, building a 14-0 lead shortly into the 2nd quarter. BW’s defense struggled to settle in against JCU’s “running back by committee”game plan, and allowed two TD’s and 81 yards on the ground between four different backs in the first half.

The Jackets finally got themselves on the board courtesy of a deep pass from backup quarterback Will Vance. BW appeared to catch the Blue Streak defense off guard with a quick QB substitution, allowing Vance to connect with tight end Pat Orsini for the 33-yard score.

After two quick 3-and-outs, Carroll drove down the field 80 yards to increase their lead. The drive was capped off by a 14-yard bullet from QB Anthony Moeglin to make the score 21-6.

With under a minute to go, the Jackets kept themselves in the game with a dominate 70-yard TD run from running back Austin Smith on just the second play of the drive. Despite the strong start from John Carroll, they held just an eight-point lead by halftime.

The Yellow Jacket defense came out strong in the second half. They forced a turnover on downs and three “3-and-outs” in the 3rd quarter. QB Jake Hudson also tacked on another touchdown through the air, and a successful 2-point conversion tied the game up at 21.

However, the Blue Streaks played the possession game in the 4th, running out huge chunks of the clock and successfully kicking a field goal. BW had one last chance with under two minutes to go, but a long yardage situation forced Hudson to throw into tight coverage and give up the game-sealing interception.

The road only gets tougher from here for BW. Next week, the Yellow Jackets take on perennial powerhouse #2 Mount Union on the road. They go in as obvious underdogs, but BW showed they have what it takes to hang with nationally-ranked competition. Coach Hilvert has a huge opportunity to kick start his legacy at Baldwin Wallace with another strong outing.