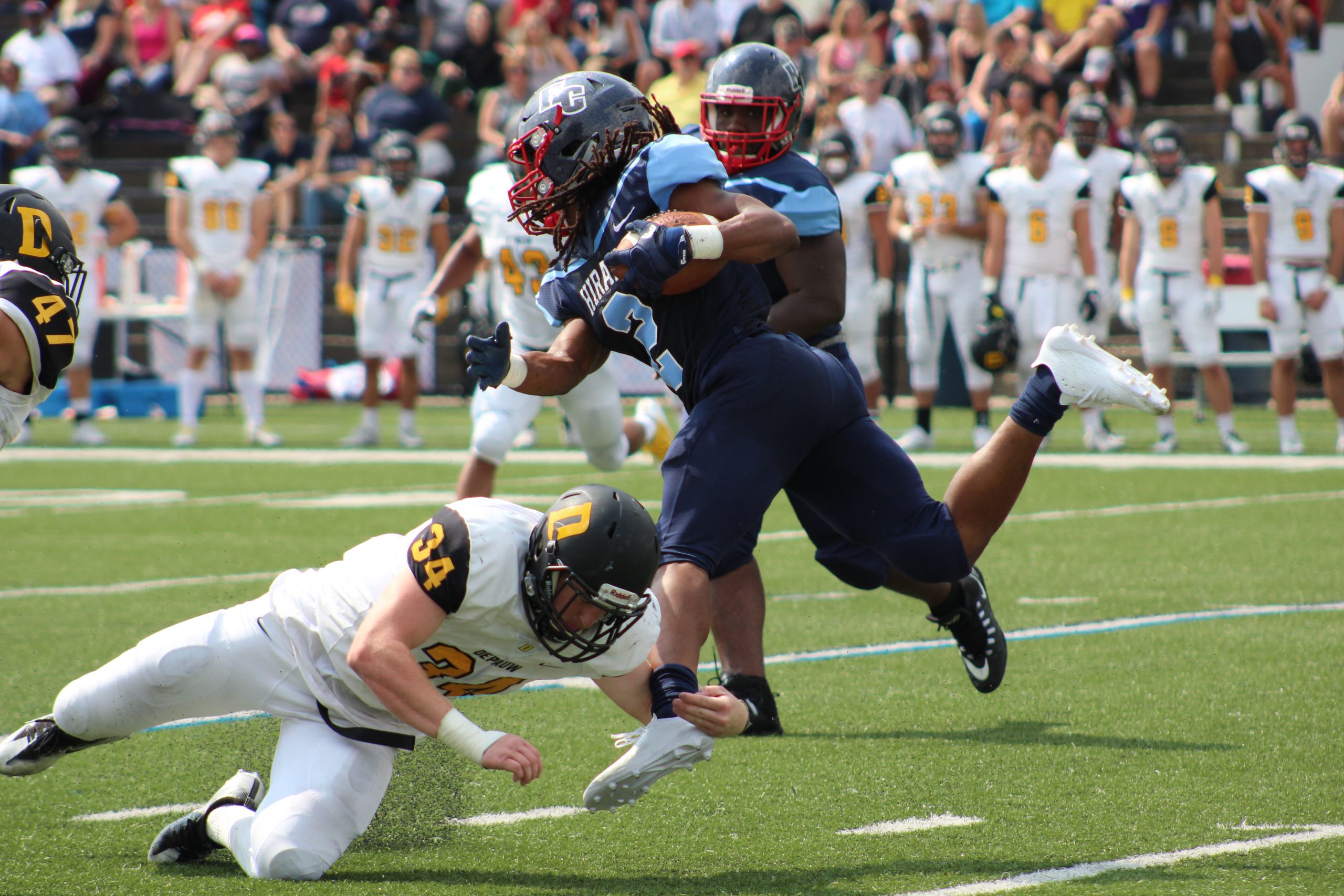 Hiram College, Hiram (OH) – The Hiram Terriers stumbled this weekend as they fall to the Depauw Tigers, 55-28.

Hiram would retaliate with a 48-yard touchdown pass from Junior Quarterback Randy Tucker, cutting the deficit to 14-7 at the end of the first.

Depauw would then score 20 unanswered points to end the half, highlighting two passing touchdowns from Labus and one from Hagan to give the Tigers a 34-7 lead over Hiram at halftime.

Depauw would open the second half with a 30-yard touchdown pass from Labus to Running Back Andy Hunt to push the lead to 41-7 with 9:18 remaining in the third quarter.

Depauw would score off a 80 yard pass from Labus to Andy Hunt to push the score to 48-7 in the Tigers favor.

Hiram would then score the next two touchdowns, one from Running Back Isaiah Jones and another from Wide Reciever DJ Franklin, followed by a touchdown from Depauw.

Hiram would find the endzone last off a seven-yard pass from Randy Tucker to Franklin, cutting the deficit to 55-28 for the final score. Tucker finished today with 25-39 on pass attempts for 366 yards and three touchdowns.