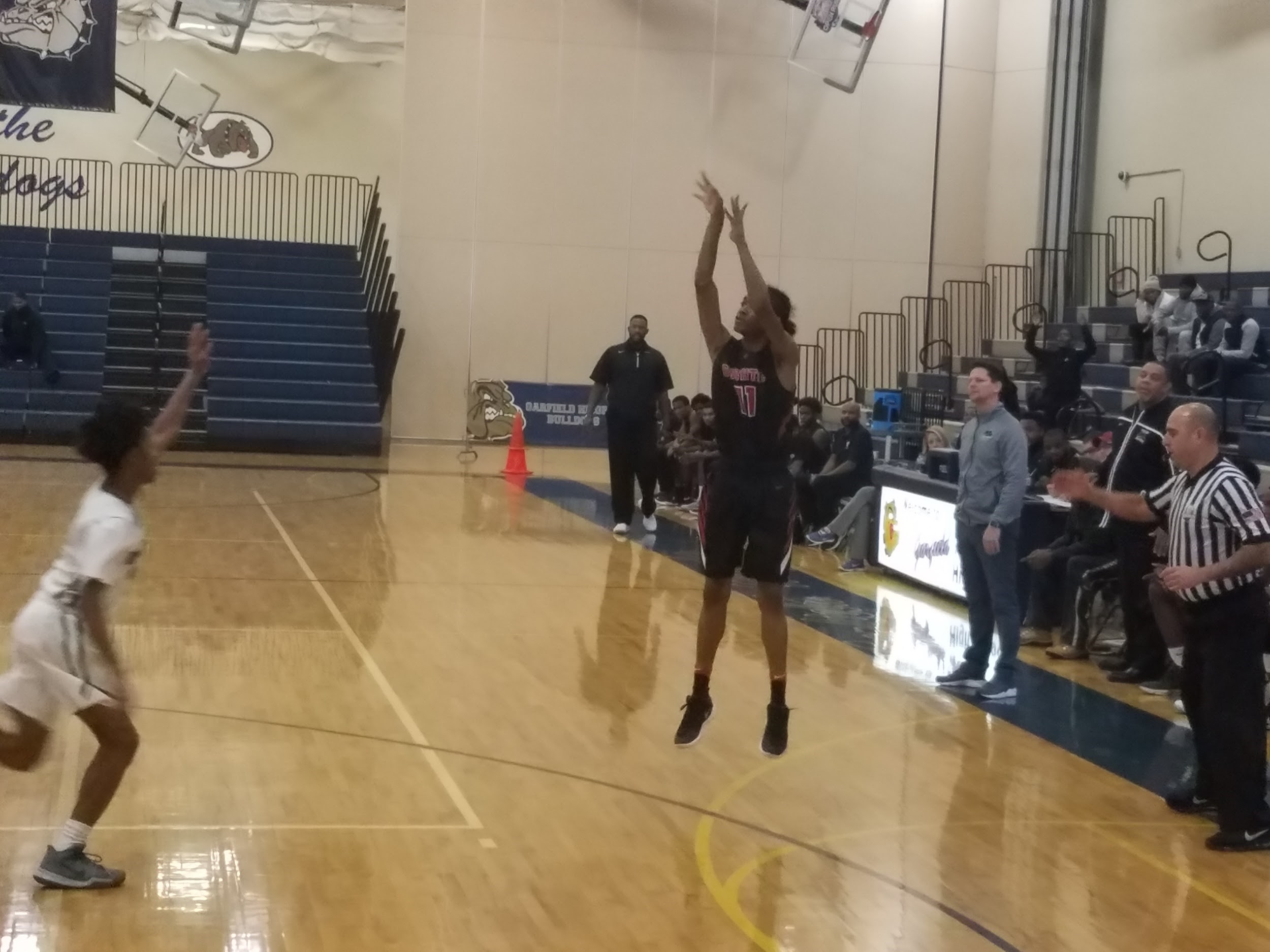 GARFIELD HEIGHTS, OHIO – From the opening tip it was obvious that the Bedford Bearcats were not a fan of the early start time. The Buchtel Griffins quickly jumped out to a 16-4 lead early in the first quarter of Wednesday mornings showdown at Garfield Heights High School. The game was apart of the Christmas Classic, a two day event showcasing some of the best basketball in Northeast Ohio.

Unfortunately for the Bearcats the slow start was only a sign of things to come. The Griffins extended their 11 point halftime lead to 20 by the end of the third quarter and that’s where it would stay, winning by a score of 64-44.

The Griffins were lead from the get go by Junior Brian Valrie as he 5 first quarter points to set the tone. His scoring success continued throughout the game as he lead all scorers with 17 points, and ended up the MVP of the game. Valrie hit 3 three pointers, but his ability to score when the Bearcats started to make a run was the difference maker.

Valrie was helped by big man William Jacobs Jr. who was a force to be reckoned with inside as Bedford has no answers to the 6’7 Jacobs. His ability to clean the glass was a big help to the offensive end of the court for the Griffins.

The Bearcats could never figure out the Griffins 2-3 zone, the movement on offense was a big issue as they had numerous unforced turnovers.

While the Griffins zone disrupted the flow of the offense, the Bearcats didn’t help themselves much as they refused to attack the middle of the zone, which didn’t open up driving lanes for the Bearcat guards. Beating a zone is difficult, just look at the success Syracuse has had over the years, but when you can’t get the ball to the middle or shot them out of it, you’re going to struggle.