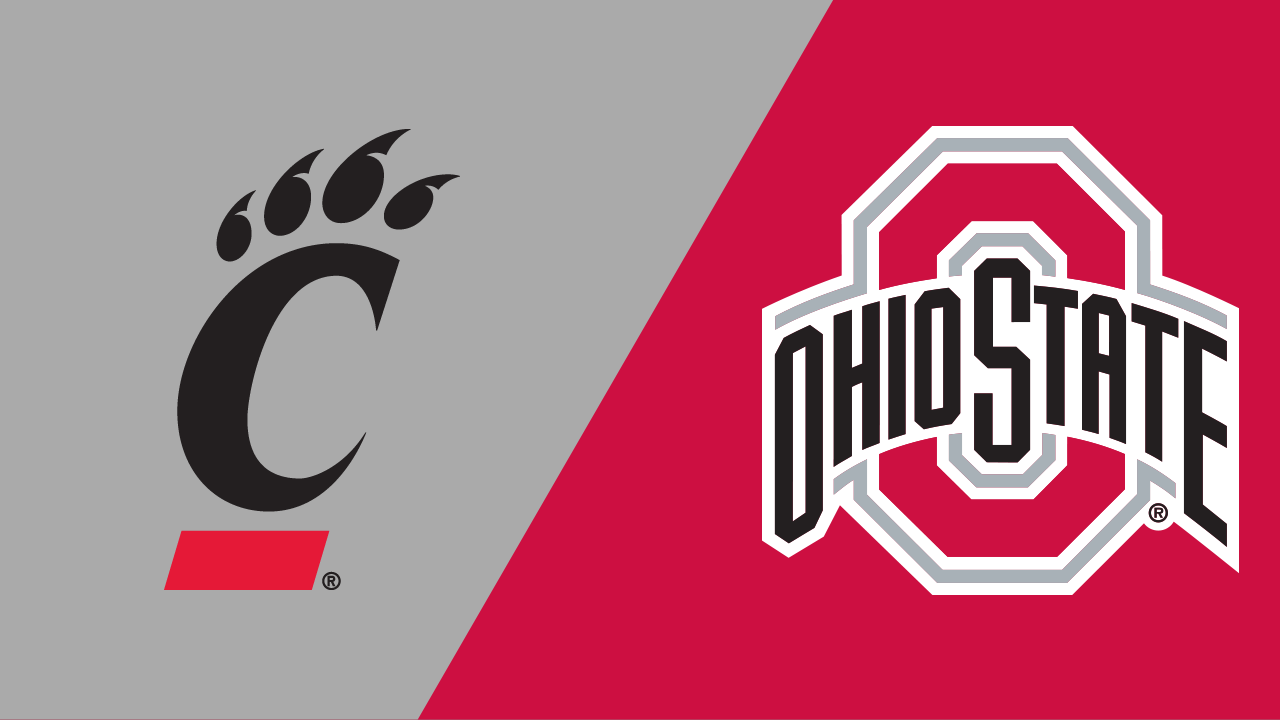 The Buckeyes took the court on Tuesday night for their second game in as many days. Coming off a loss at the hands of San Diego St. the previous night, the Buckeyes looked to bounce back against their in-state rival Cincinnati Bearcats in front of the eager fans in Maui.

It was a slow start for the Buckeyes. With a pair of three pointers from Cincinnati’s, Jeremiah Davenport, the Bearcats jump out to 8-2 lead two minutes into the contest. Zed Key scored Ohio State’s first bucket of the night and four out of the next nine points. Thus swinging things back in the Buckeyes favor with an 11-8 lead.

From there, it was a back-and-forth battle between the teams that saw a close game that never saw a lead grow to more than four points through the next 12 minutes.

The Buckeyes finally got some breathing room thanks to a Brice Sensabaugh jumper and a pair of free throws from Justice Sueing that ignited the offense to outscore the Bearcats 10-3 in the final four minutes to take a 38-27 lead heading into the break. 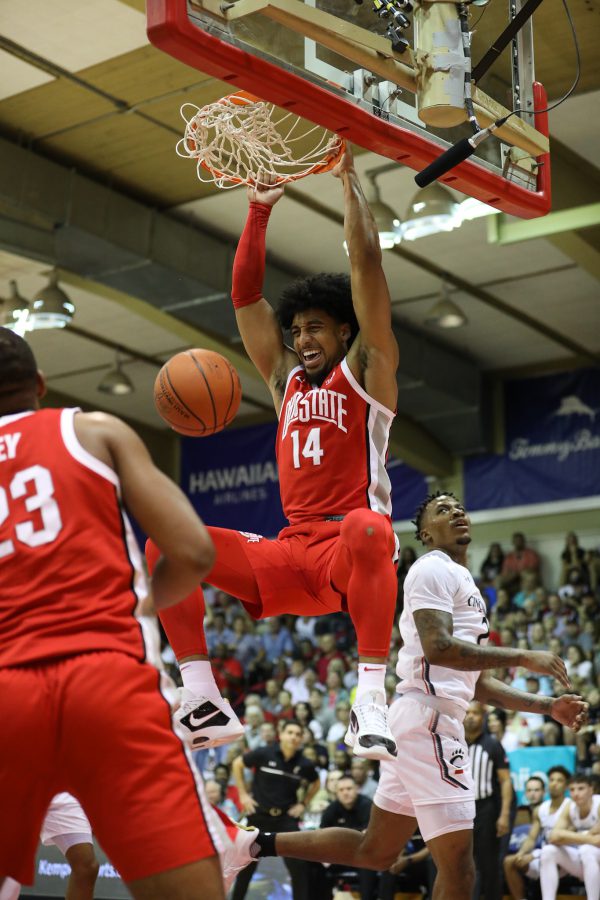 All Buckeyes in the second half

Zed Key opened up the second half to score the first four points for the Buckeyes en route to a 13-3 run. Key helped open the lead 51-30 with 13 minutes remaining.

The Bearcats attempted to claw their way back into this one. However, they couldn’t get closer than 18 points before the Buckeyes pulled away for good. Ohio State had a convincing win with a final of 81-53.

Key, averaging a double-double on the season, led the way for the Buckeyes with 19 points and eight rebounds. Team leading scorer Brice Sensabaugh had another impressive performance recording 17 points and two rebounds in 20 minutes. Freshman guard Bruce Thornton finished with a season high 17 points and two steals. 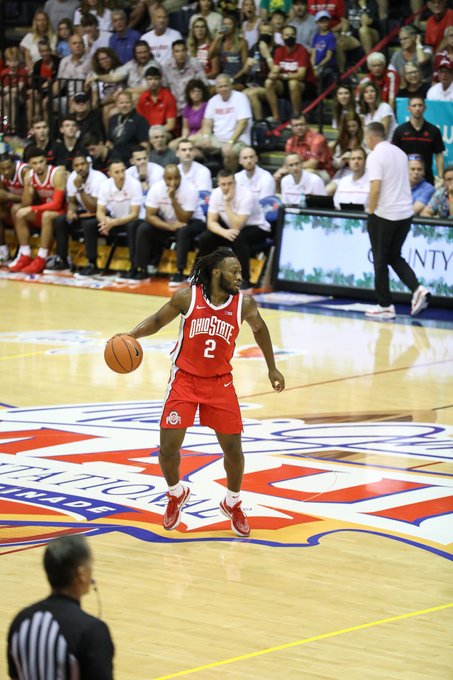 The Buckeyes are back in action tomorrow afternoon as they take on #21 Texas Tech in a clash between 4-1 teams.

Tipoff is scheduled for 2:30 PM on ESPN