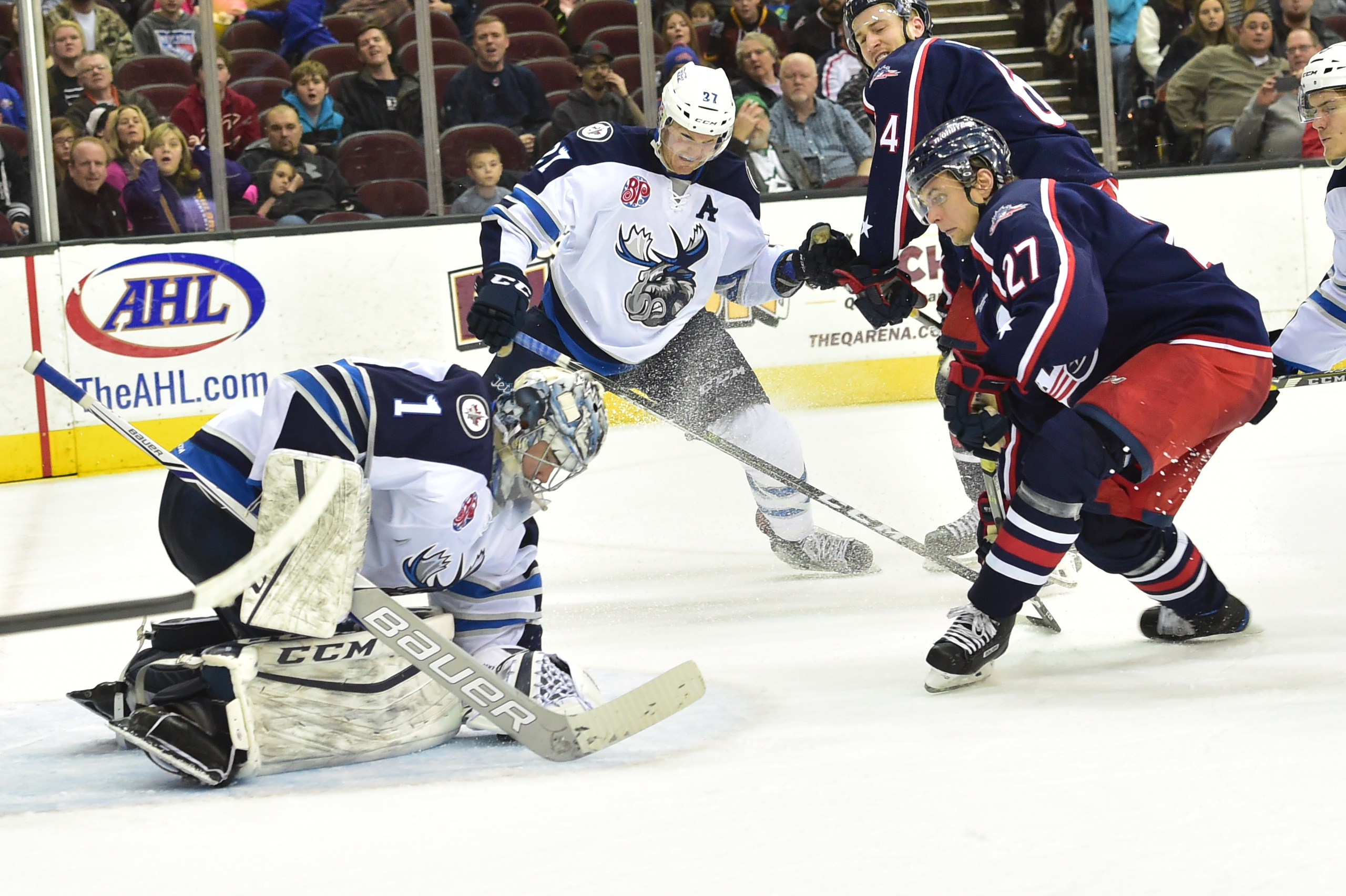 CLEVELAND, Ohio- The Cleveland Monsters returned home for a Central Division square off with the Manitoba Moose. The Monsters would come into the game in fifth place, as the Moose were in seventh place. The Monsters would increase their winning streak to three games, as they would win in a fun game against the Moose by a final score of 3-2.

The Monsters would strike first with a rocket by Markus Hannikainen from the left faceoff circle. The goal at the 11:37 mark would stand as the difference until the Moose surrounded the crease of Korpisalo and would power in a goal with 18.2 seconds left in the opening frame. The two teams would head to intermission tied at one.

In the second frame, the Moose would be the aggressors with a goal at the 3:58 mark of the frame off of the stick of Patrice Cormier, his second goal of the game. The Moose were starting to gather momentum with their hard-hitting play and aggressive shot-taking. Cleveland would be able to equalize the game before things got out of hand, as Dillon Heatherington scored his first goal of the year at the 11:02 mark. The teams would once again head into the break knotted up, this time at two apiece.

After a very exciting third period which featured both Joonas Korpisalo and Comrie under attack at certain moments of the frame, the two teams would head to overtime.

The two teams would be unable to wrap the game up in the overtime 3-on-3 session, so the fans in Cleveland, Ohio got to watch the Monsters and Moose go at it in a shootout.

With a goal by Kyle Connor in the first round of the shootout, the Monsters would need to score and put the clamps down on Manitoba. They would execute on both fronts, as Korpisalo would stop the next three shots and Oliver Bjorkstrand would score the equalizer to cause sudden death overtime. After a Brendan Lemieux shot attempt was saved by Korpisalo, Daniel Zaar would reacquaint himself with the Cleveland faithful and score the game-winner to lift the Monsters to a 3-2 shootout win.

The win now improves Cleveland’s record to 23-18-2-3 on the season. The Monsters play the Moose again on Sunday, a game that both teams will definitely be looking forward to.

Anton Forsberg Recalled By Columbus; Bjorkstrand and Korpisalo Sent To Cleveland
Monsters Unable To Capitalize Late, Fall To Manitoba 2-1 In A Shootout