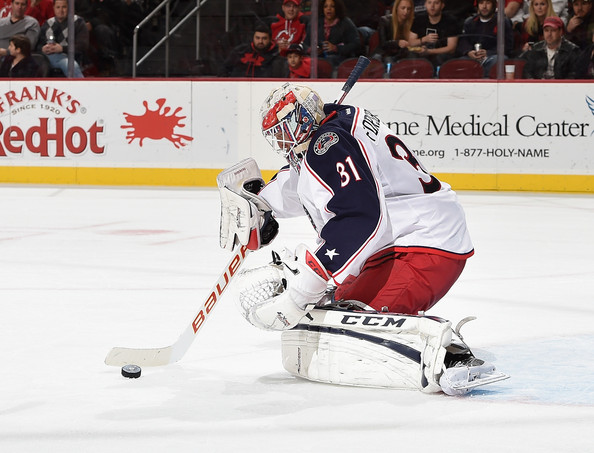 The first bit of news is that goaltender Anton Forsberg is being recalled by Columbus. Forsberg has appeared in a few games for Columbus this season, exchanging trips with Joonas Korpisalo after the Blue Jackets’ release of goaltender Curtis McElhinney. Forsberg holds a 14-10-2 record in Cleveland this season with an average of 2.23 goals allowed per game. This marks the fourth time Forsberg has made the trip to Columbus.

In other news this morning, right wing Oliver Bjorkstrand and goaltender Joonas Korpisalo have been sent to Cleveland.

Bjorkstrand is coming back to Cleveland after an emergency recall due to the injury of Josh Anderson. Bjorkstrand leads the Monsters as their top goal scorer with fourteen, as he also includes nine assists.

Korpisalo holds a 6-5-2 record with an average of 2.89 goals allowed per game this season for Cleveland.

The Monsters do battle tonight against Manitoba, starting at 7pm.