Monsters Unable To Capitalize Late, Fall To Manitoba 2-1 In A Shootout 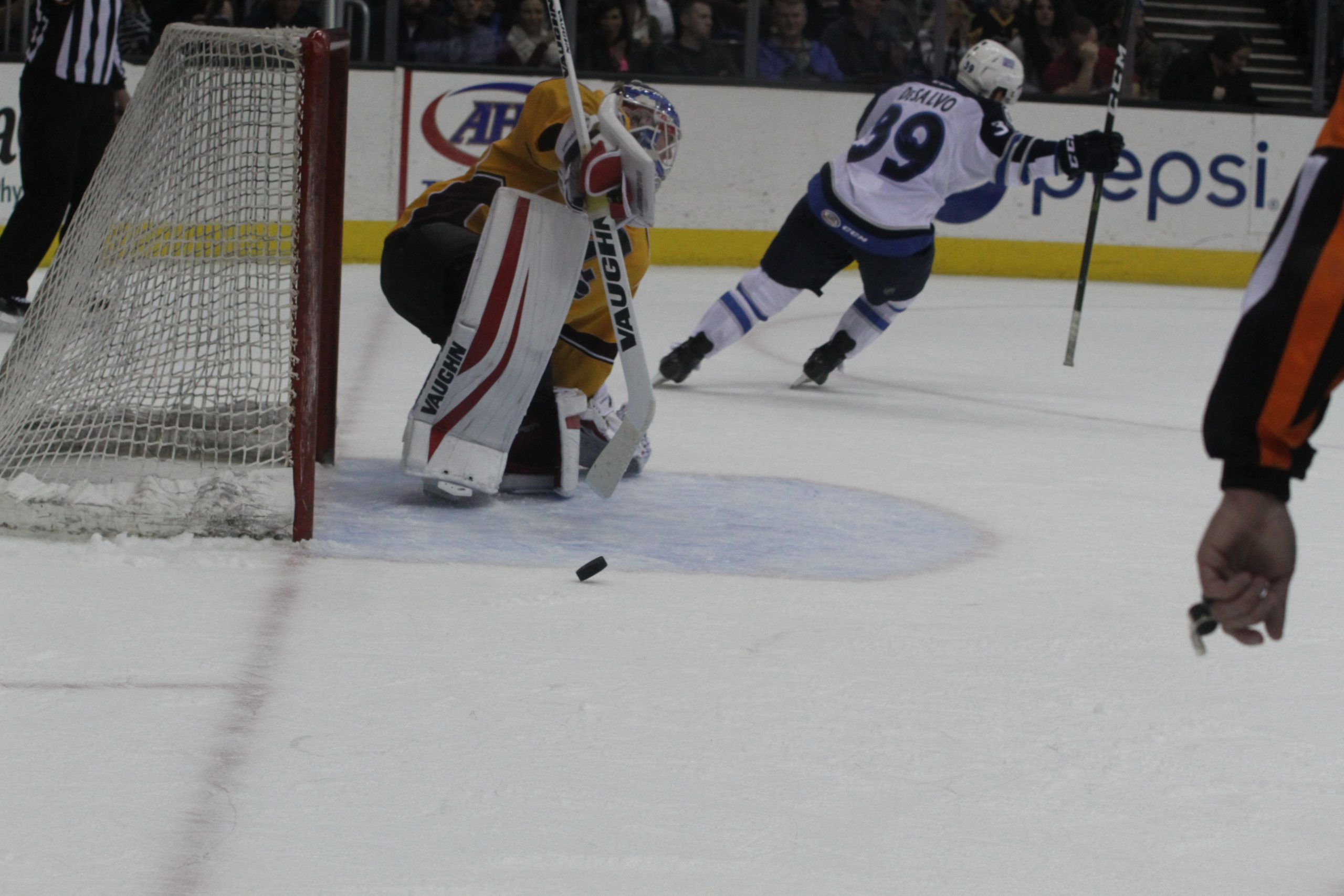 CLEVELAND, Ohio- The Cleveland Monsters looked to extend their winning streak to four games on Sunday afternoon, as they took on the visiting Manitoba Moose. The Monsters defeated the Moose on Friday in a shootout by a final score of 3-2.

The game started off with strong battles taking place from end board to end board, as both teams tried to assert their dominance early and often. The Moose would find an opening at the 10:19 mark of the opening frame, as Jacob Graves was sent to the sin bin for cross-checking. Scott Kosmachuk helped the Moose capitalize on the man advantage, as he would shoot a rocket from the top of the point to put the Moose in front 1-0. The Monsters were 0-for-1 in power play opportunities in the first frame but would have fifty-one seconds left on their second power play of the day going into the middle stanza. Add in the fact that the Monsters were leading the shots on goal count 13 to 7 after the first period and it was extremely encouraging regarding the outlook of the rest of the game.

It was a very physical second period, as the teams were jockeying for position for most of it, neither team really gaining the upper hand. The Monsters would lose one of their stronger enforcers when Brett Gallant would deliver a check to the head at the 9:47 mark, resulting in his ejection. The Monsters would be able to kill the five-minute major penalty and keep it a 1-0 deficit going into the third.

Jordan Maletta would even the game at one at the mark, which would stand as the equalizer to send the game into overtime.

After overtime would expire with the teams still deadlocked, a shootout would commence. The Moose would win the shootout after Dan DeSalvo put one past Joonas Korpisalo.