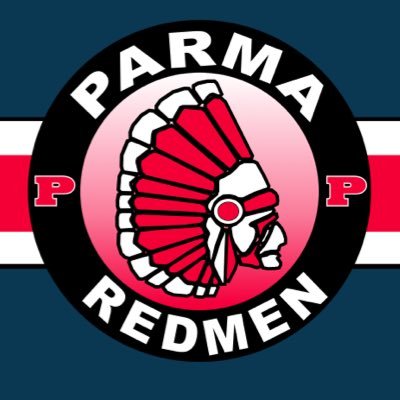 Coming off of last week’s 40-8 defeat at the hands of North Royalton, The Parma Redmen were looking for something of a bounce back game. Tonight’s contest with a Cleveland Senate Athletic League opponent, the John Marshall Lawyers, proved to be just that. Though the Lawyers were looking for the same after suffering a 42-0 blowout at the hands of Valley Forge, mistakes made throughout the game keep them from earning their first victory of the season.

“I thought that our intensity of the first three weeks of out of conference schedule, we played our best game of the season,” said John Marshall head coach Terrence Cleggett after the game. “Offensively, we just have to clean up the little mistakes.”

The game started off with Parma taking their first drive of the game down the field for the early seven-point lead. Junior starting quarterback Justin Yates found Parma standout receiver Dylan Herb for the score. Continuing what seems to be a bad trend, the Redmen once again missed the extra point kicking attempt as it was blocked by the Lawyers.

Parma’s second drive had the same results as the first, this time ending with a four-yard touchdown pass to running back Jonah Bagby from Yates. But again, the Redmen failed to produce on the two-point conversion, skipping the extra point kick entirely on this drive. Parma ended up going for the two-point conversion for the rest of the game after that point.

In the second quarter, John Marshall blocked a punt attempt by Parma, which was returned by middle linebacker Cervante White for a touchdown. The Lawyers converted the extra point to cut the lead to 12-7.

Parma’s next drive ended on an interception return for a touchdown made by John Marshall’s Taevyn Coles, giving the Lawyers the 14-12 lead after making the extra point. From here, The Redmen took over the rest of the game.

Yates, scoring next on a 24-yard pass to Herb, gave Parma an 18-14 lead going into halftime. The second half of the game saw Bagby rush for a five-yard scamper that made the score 24-14 in the third quarter. Yates also continued to shine, putting the last points on the board for the night with a quarterback sneak over the goal line from the two-yard line. These final two touchdowns by the Redmen, along with many penalties against the Lawyers that shot any momentum they had in the first half in the foot, gave Parma the 30-14 win.

After the victory, the Parmas’s head coach Bruce Saban said the way his team responded to adversity was what earned them the win.

“Credit to John Marshall, they came out, and certainly gave us everything we could handle,” he said. “And they played right to the end, so credit to them. But, I was really happy with the way our guys handled the adversity. Bounced back as we got our lead in the first half, and then kinda pulled away in the second [half] to get it done.”

Up next for both teams, Parma will hit the road to face Bay, while the Lawyers will travel to play Glenville.