Woodley Knocks out Lawler at UFC 201 to capture Welterweight Crown 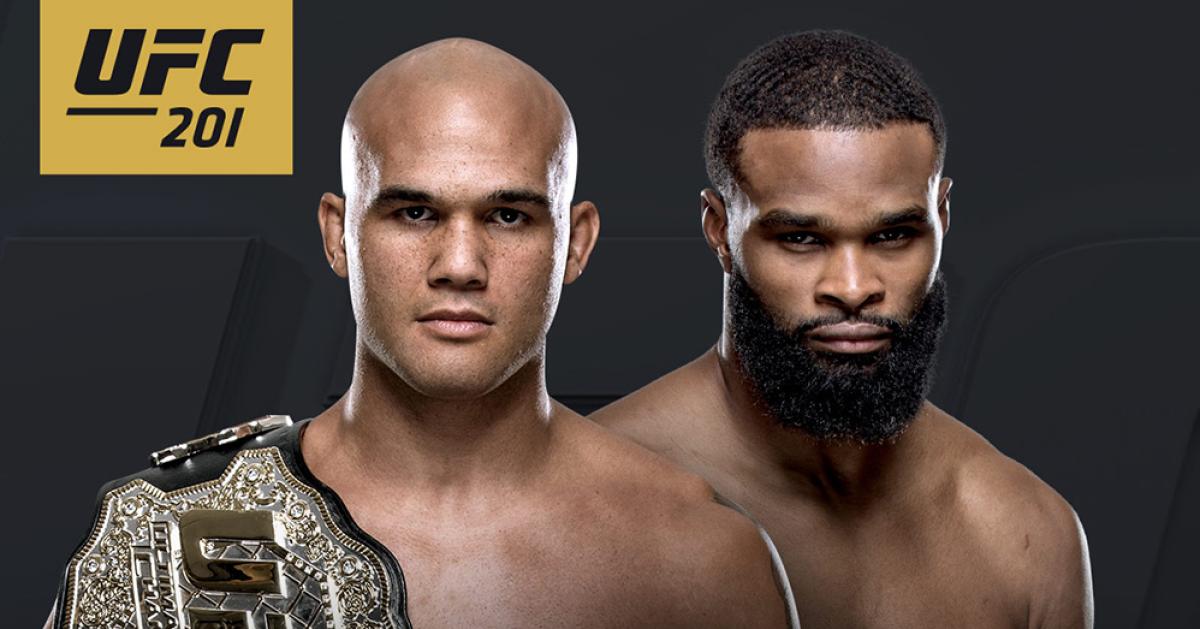 ATLANTA, Georgia – In shocking fashion tonight, Tyron Woodley ended Robbie Lawler’s title reign and winning streak with a thunderous first round knockout only 2 minutes and 22 seconds in to the opening round.

Woodley was a heavy underdog coming into the fight as many believed it should have been Stephen Thompson and not him who deserved the Welterweight title shot at UFC 201. Woodley silenced the critics and took his place in MMA history with the title win.

The loss ended a five fight winning streak for Lawler as the Ruthless one had been 8-1 since his 2013 UFC return. Despite the early knockout loss, I wouldn’t be surprised to Lawler get the instant rematch because of the winning streak he was on coming into the fight.

Elsewhere on the card saw Matt Browns struggles continue with another loss. This time it was a first round knockout defeat at the hands of Jake Ellenberger. It was a must win for Ellenberger to stay in the UFC as he had lost 2 in a two coming into the fight, and five of his last six.

For Brown, it was just another down in a long list of up and downs since his UFC career began in 2008. He badly needed the win but instead lost his second fight in a row, and his fourth in five attempts. The end may be near for Brown.

The next UFC event on Pay Per View will be UFC 202 on August 20th. The event will be highlighted by the long anticipated rematch between Conor McGregor and Nate Diaz.