In Win, Cavs Struggle in 4th Quarter After Dominating in 3rd 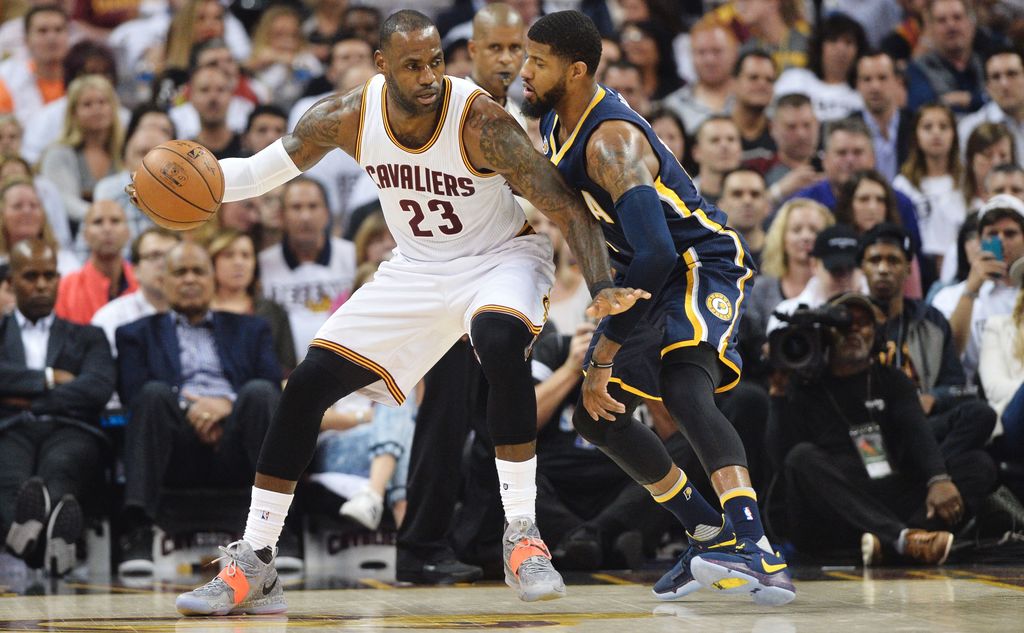 Cavaliers fans probably had a pretty strong case of déjà vu after watching Game 2 versus the Indiana Pacers.

After ending the third quarter with an 18 point lead, the Cavs watched that lead deteriorate in the fourth quarter.

The ending on Monday felt eerily similar to the ending on Saturday, when the Cavs lost a double digit lead in the 4th and only won by one-point after a last second missed jumper from C.J. Miles.

When asked about the blown lead after the win on Monday, Cavs head coach Tyronn Lue said it wasn’t a result of the team’s defense.

“I think we get tired at times,” Lue said.

“I just thought it was our turnovers. We have to take care of the basketball … We had 19 turnovers for 24 points. It’s hard to win playoff games like this.”

LeBron James didn’t seem to be overly concerned with the Cavs’ dwindling leads, even going as far to say that he would rather have an 18-point lead than no lead at all.

“We make plays down the stretch to win a ball game, and in the postseason that’s all you can ask for. But we’re right there on turning the switch on what we really can become,” James said.

LeBron on the Cavs losing their 3Q lead in the 4th pic.twitter.com/zGGqnrkpBU

While the fourth quarter was questionable, the third quarter ultimately won Cleveland the game. Kevin Love scored 10 straight points at one point and put all momentum firmly in the Cavs’ favor. In fact, Love and Kyrie Irving combined to score 24 points in the quarter; the Pacers only scored 20.

Another big advantage for the Cavs during the third was Iman Shumpert. After not playing in Game 1, Shumpert started the second half for the Cavs and got the tough assignment of guarding Pacers forward Paul George in place of J.R. Smith.

Smith left the game with a left hamstring strain. Lue said Smith would be evaluated tonight to see how he was feeling.

“Shump was unbelievable. Just staying ready, being professional. He came in and made it tough on Paul George,” Lue said.

“Just the energy, making a couple of shots, it was really good for us him being that Spark.”

In fact, George only had four points in the third quarter after dropping 18 in the first half once Shumpert started guarding him.

“We needed him. We needed that energy from him,” James said.

“We have so many pieces on this team, but everyone has to stay ready. And he had that mindset and came in and executed,” Irving said.

The Cavs will make the trip to Indiana for game three in the opening round series on Thursday. Tip-off is at 7:00 p.m.