How will Kyrie Irving be received by Cleveland fans? Your guess is as good as anyone’s 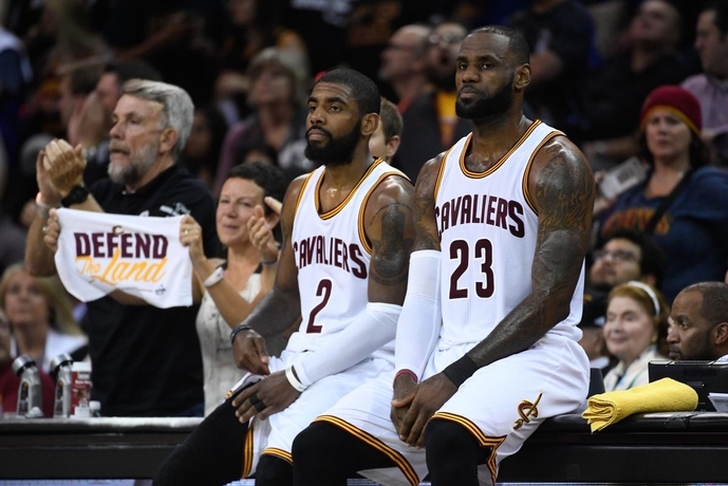 INDEPENDENCE, OHIO– When Kyrie Irving was traded to the Boston Celtics, the first thing on most fans’ minds was the opening night showdown between the Celtics and the Cavaliers scheduled for 8:00 p.m. on Tuesday night.

As first reported by cleveland.com, the Cavs are planning to honor Irving with some sort of “thank you” video tribute.

How that will be received is anyone’s guess.

No one is denying how much Irving did for the city. He was the fourth No. 1 draft pick in the history of the franchise, a four-time NBA All-Star, and he hit the biggest shot in Cavaliers history during Game 7 of the 2016 Finals.

Even after he made his trade request in July in search of greener pastures, he thanked fans. Since then, however, Irving has made critical comments of LeBron James and even of the city itself.

Just last week, Irving said that Boston was a “real, live sports city,” in the process implying that Cleveland wasn’t.

Given all of the above, Irving will likely be greeted by a mixture of boos and cheers.

“We have the best fans in the world and they can do whatever they see as best,” Lue said. “Whatever decision they make that’s the right one, because they’ve been behind us three straight years since I’ve been here. They’ve always made the right decision, so whatever they decide to do, I embrace whatever they do.”

J.R. Smith took a positive approach when asked about how he thinks Irving will be received by the fan base.

“He was a great player when he was here,” Smith said. “In my eyes he was a good teammate, helped us win a championship, so I think it will be good.”

Smith on how he thinks Kyrie Irving will be received tomorrow. pic.twitter.com/DJW5h8UL2Y

But despite his praise for his former teammate, Smith will likely spend a large amount of time defending Irving one-on-one Tuesday night, and also recognized the difficulties in going against him.

“It will be extremely difficult,” he said. “You just gotta put bodies in front of him. Hopefully he dribbles so much he gets tired, that’s pretty much all you can do.”