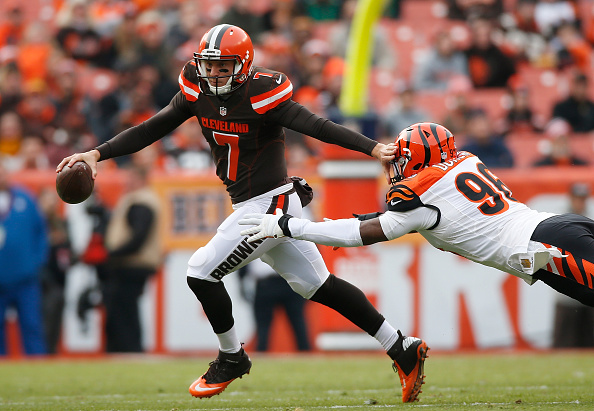 The Browns lost their tenth game on the season today 37-3 to the Bengals. If there’s one thing I’m betting on, it’s that 95% of Browns fans are chanting for Johnny Manziel. In the words of Lee Corso, “Not so fast.”

Austin Davis was not the reason why the Browns lost today, and actually was far from it. Let’s take a look at some of the reasons why they lost and why Austin Davis deserves to start again next week.

The first and obvious answer as I predicted earlier in the week was the defense. The defense continues to be the biggest struggle on the year.

The Bengals racked up 144 yards on the ground, including allowing 4.5 and 5.2 YPC to Hill and Bernard respectively. Andy Dalton went 14 of 19 for 220 and two touchdowns. AJ Green ran free all game, torching Tramon Williams repeatedly to the drum of five catches for 128 and a touchdown.

For all the people who have turned their back on Joe Haden, the Browns truly miss him. 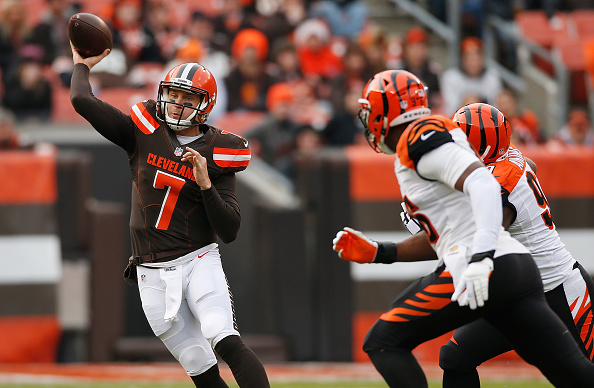 Let’s just look at his matchup against Green. Since coming into the league, Haden has held him to under 50 yards four of eight times and allowed a total of four touchdowns. This season without him, Green has gone 4 for 53 and then today’s blowout performance. However I want to get back to the offense.

There are a lot of problems with the offense that affect this decision. Let’s start with the weapons. Coming into today the Browns were down Andrew Hawkins and Taylor Gabriel.

Early on, the Browns also lost Travis Benjamin, Malcom Johnson, and Marlon Moore for the game. With Dwayne Bowe and Terrelle Pryor inactive, that left the Browns with Brian Hartline and practice squad call up Darius Jennings as the only receivers active.

Jennings fits the profile of the underwhelming definition of a Ray Farmer WR. He stands at 5’10” and 169 pounds. Another small wide receiver that you can’t throw the ball up to and the corner covering him is likely bigger. I find it extremely hard to blame Davis when Hartline, Barnidge, Jennings, and Duke are the only people you have to throw the ball to.

It kind of reminds me of the situation in San Diego. Philip Rivers has done as well as QB as he can this year but has been hampered by injuries to all his receivers (Keenan Allen, Malcolm Floyd, Ladarius Green, Antonio Gates (suspension), and today Dontrelle Inman).

He is also playing with almost all backup offensive lineman plus have no run game and are also struggling hardcore at 3-9. With Rivers record being that bad, I think there may only be a handful of QBs in the league that could win a game with the offense the Browns or Chargers have around them.