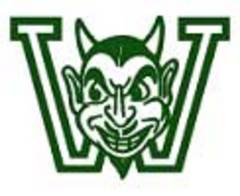 This recap is brought to you by Setta Trophy Inc. “Celebrating Champions for over 40 Years” visit them at www.settatrophy.com.

WESTLAKE, Ohio- Senior QB Trey Bialowas threw for 4 TD passes, tied the school record for TD passes in a season, and Senior RB Q’Darr Robinson ran for 182 yards and 3 scores to lead the Westlake Demons to a 56-34 victory over the Amherst Comets on Senior Night at Westlake High School. Prior to the game Demons Head Coach Jason Hall spoke about his teams’ focus on execution and that they did. The stakes are high for the Demons as they kept their playoff hopes alive in Division 2, Region 6.

The Comets opened the scoring with a 5 play 54 yard drive capped off by a 2 yard run by SR RB Jeremy Smith, one of 3 scores on the night. Westlake forced one of three turnovers on the night and it led to a 73 yard run by Sr. Tariq Beach to knot the game at 7 all.

Amherst went on a 6 play 65 yard drive and Smith scored from 2 yards out and the Comets had the lead 14-7. Westlake struck back behind the running of Robinson and he cashed in from 2 yards out to tie the score again, this time at 14 all. The ensuing drive saw the Demons force their second fumble and Bialowas found Sr. WR Connor Sterneckert for a 33 yard pass to end the 1st quarter scoring.

The second quarter saw the teams defenses hold serve then Smith scored his 3rd TD of the night for Amherst on an 8 yard run to tie the score at 21 apiece. Most of the mail was carried by So. RB Khennedy Scagliozzo, who dazzled all night with 30 carries, 206 yards and a score and it looked like the Comets had regained momentum. Back came Westlake, however, and Bialowas found Sr. WR Dean Schneider for a 3 yard TD pass to make the halftime score 28-21 in favor of Westlake.

The Comets came out in the 3rd quarter and went on a 9 play 79 yard drive So RB Cairo Smith took it in from 13 yards out and once again the score was knotted, 28-28. That was as close as the Comets would get to rest of the game as Bialowas and Robinson could not be stopped.  Bialowas found Sterneckert for 13 and 15 yard TD’s and Robinson capped off the scoring in the 4th with a 5 yard run. Scagliozzo added an 8 yard run for Amherst’s’ final points but the game was well in Westlake’s control.

Bialowas will break the all time record at Westlake for TD passes in a season when the Demons travel to Berea-Midpark next Friday night in the regular season finale for both teams. Sr. K Arik Brizes also got into the record books when he set thee mark for most extra points. The Comets close out their 2016 campaign when they host the Lakewood Rangers next Friday night.