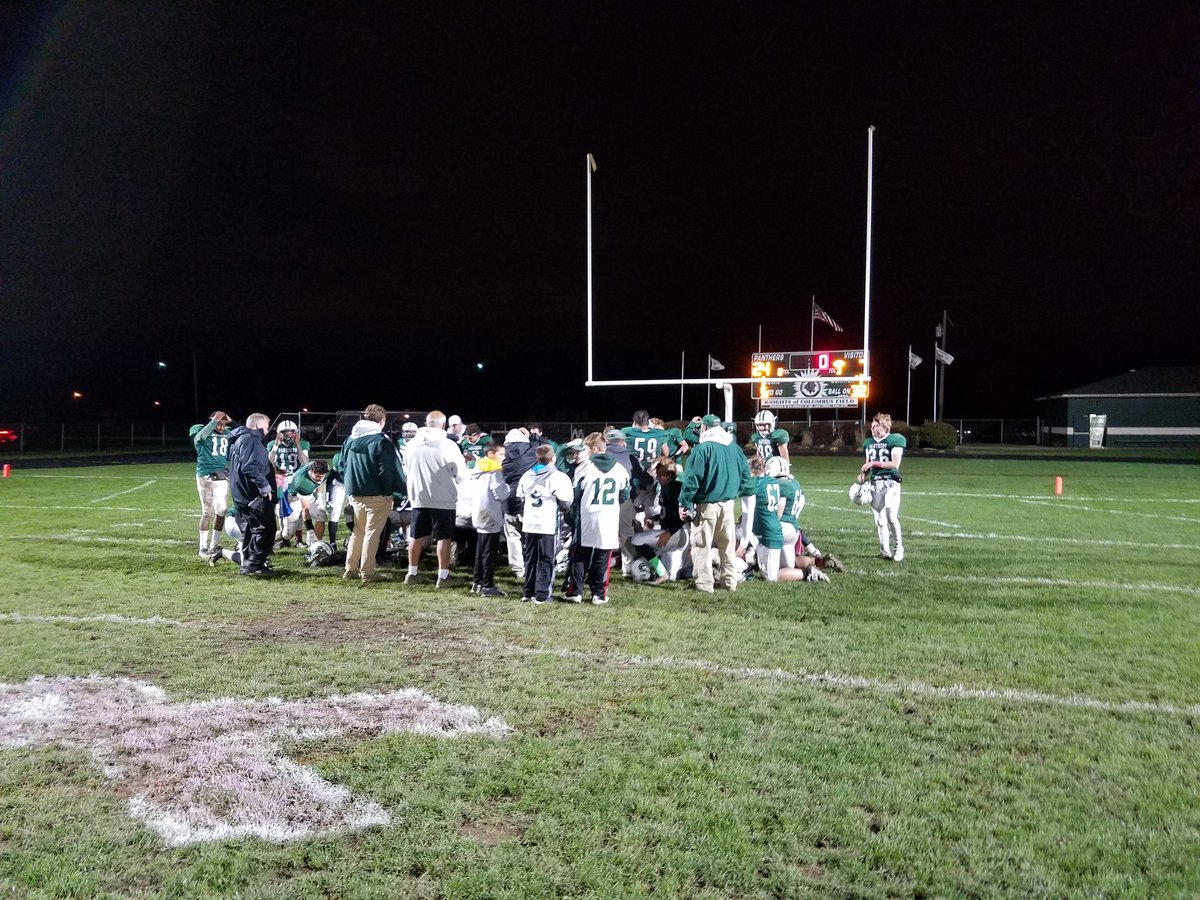 This edition of high school football coverage is brought to you by Floors2U.

The Elyria Catholic Panthers came away with a 24-7 win over the Rocky River Pirates on Senior Night.

Aside from allowing a 65-yard touchdown run to Rocky River running back Dameon Crawford in the second quarter, Elyria Catholic’s defense was dominant the rest of the night, holding the Pirates offense to less than 200 total yards.

The Panthers were in control most of the night, as senior quarterback Jeff Spencer scored two touchdowns (one rushing and one passing), and Elyria Catholic did not turn the ball over at all in the contest.

Elyria Catholic’s defense was led by senior linebacker Griffin Peters, who finished with 3.5 sacks on the night.

The entire Panther defense was smothering from start to finish, keeping Rocky River ineffective in the passing game, and forcing an interception, which was made by Josh Klinshirn.

It was a big win for Elyria Catholic to finish the season 3-3 within Great Lakes Conference play and defend home field in the final night for their senior class.

The Panthers improve to 5-4 overall and finish the season with a non-conference game at Gilmour Academy.

Rocky River falls to 5-4 overall and 3-2 within GLC play. Although the Pirates hopes of winning the conference ended with Friday night’s loss, they host Holy Name on Oct. 28 and have a chance to hand the Green Wave their first conference loss of the season.

This edition of high school football coverage has been brought to you by Floors2U.