A Weekend to Forget in Arlington; Indians Limp Home After Losing 3 of 4 to Rangers 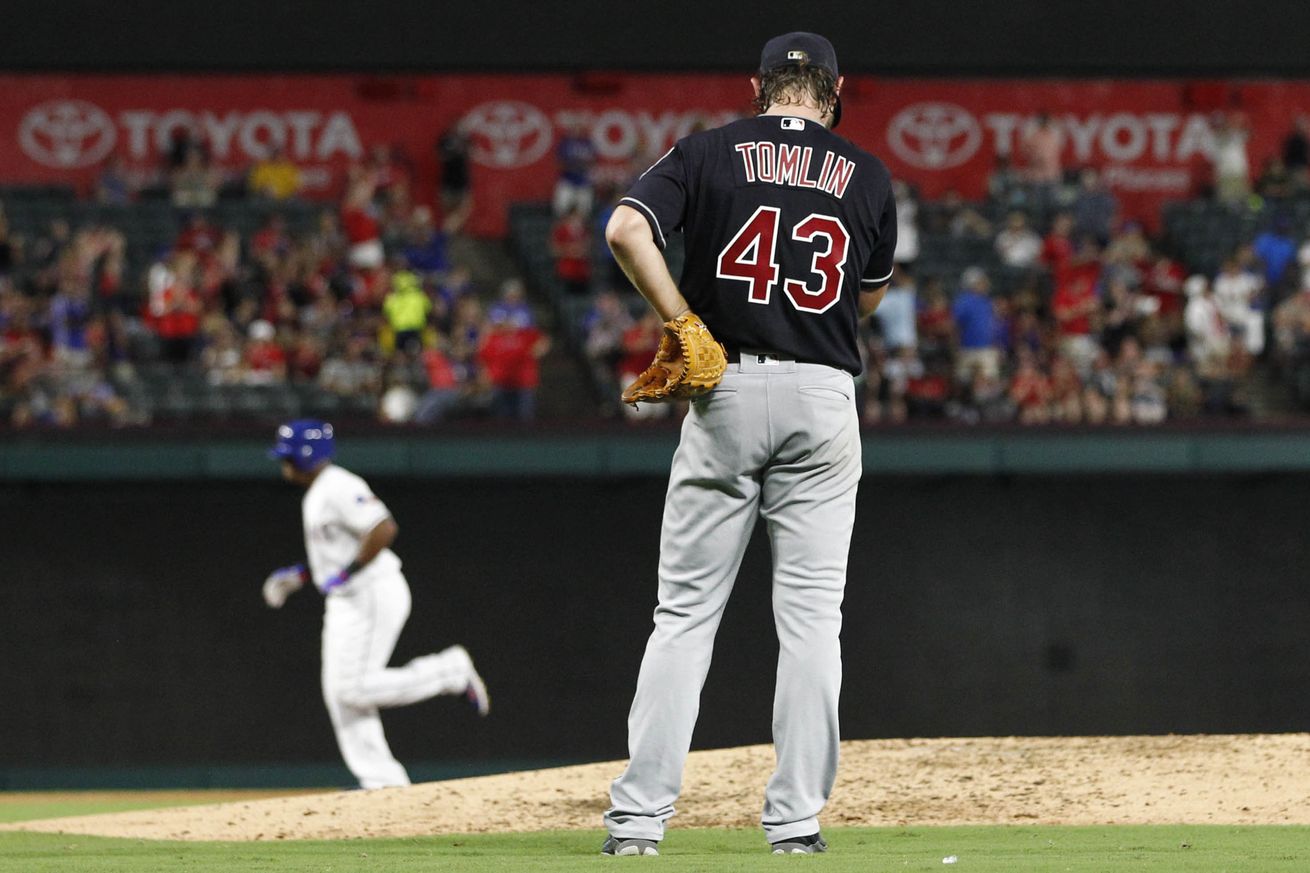 Sunday was another golden opportunity for the Indians to quiet the naysayers that continue to pile on this team that they can’t beat the good teams, and that the team is simply falling apart with five weeks left in the MLB regular season.

Instead, they again had a poor offensive outing, and when it counted the most, couldn’t hit a ball out of the infield with one out in the 9th in an eventual 2-1 setback to the Texas Rangers.

Overall the weekend was rather painful minus Friday, as the Tribe dropped three of four to Texas, and overall on the season the team lost five of seven games to the Rangers.

In the season series, the Rangers outscored the Tribe 20-10 in the three games in Cleveland and 19-13 in the four games in Texas, not good if you are looking ahead to trying to beat this team in October.

For the Indians, the biggest challenge may just be trying to hold off and get to October, a destination that for quite awhile this season has looked like a shoe-in.

The team walks into another Monday affair with the feisty Minnesota Twins leading the division by 4.5 games over the Detroit Tigers, and now just 5.5 over the Royals, who don’t seem to be going away quietly after their World Series win less than a year ago.

While their series against the Rangers was tough, there seemed to be two major bright spots. The first was (once again) the solid pitching of former Cy Young award winner Corey Kluber, who Friday went 6 innings, winning his 6th straight in the Indians only win 12-1.

Sunday there was a bright spot in the 2-1 loss, that being Danny Salazar, who the team sorely needs back to pitching like he did early in the season.

Salazar went 5.1 innings, allowing two runs on five hits with 10 K’s in the loss, but was much sharper than he’s been in quite some time.

If he can get back to form, it would be a monster boost for a team that looked at one point to having too many good starters to know only being able it seems to count on Kluber’s start every five days.

The Twins are next, and almost all Indians fans already are well aware that despite them being 49-81 and going nowhere fast in the AL Central, they also are 5-8 against them, with a big six more games against Minnesota this season.

The offense is a main concern right now, with the lackluster showings in Oakland and Texas minus the game Friday, if this team wants to make the postseason, they had better not continue to remain in the slumps they seem to be currently in.

Otherwise, those dreams of playoff baseball will be just distant memories when they are doing locker clean out the first Monday in October.

Indians Offense Absent Again; Fall in Finale in Oakland 5-1 to A’s
Bauer and the Pen Dominate as Indians Scratch Out a 1-0 Win in 10 Innings Over the Twins